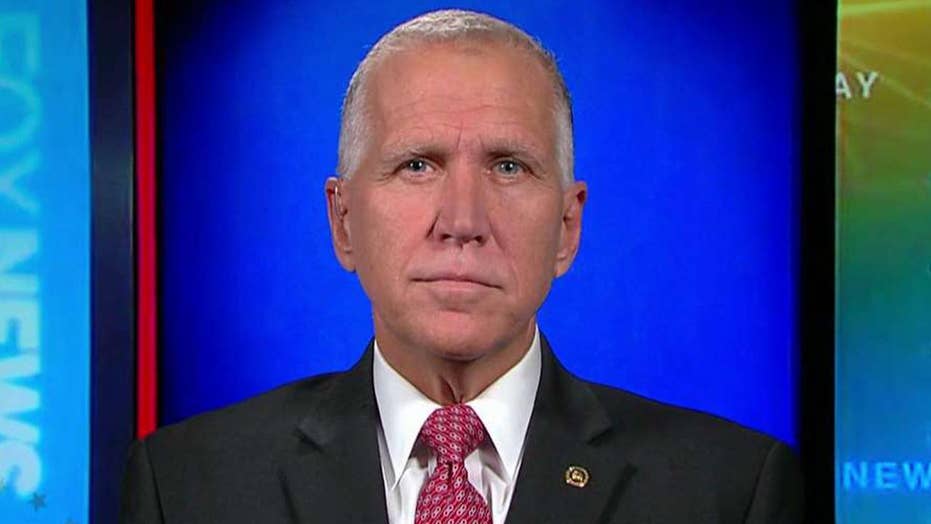 Sen. Thom Tillis on measures to protect the special counsel

Sen. Thom Tillis on Sunday defended his bill to protect special counsel Robert Mueller and made clear the measure was to protect Mueller from being fired by President Trump in his investigation into whether the president or his campaign colluded with Russia to influence the outcome of the 2016 White House race.

Tillis pointing out that the bipartisan measure was introduced last week but would retroactively take effect May 17, when Mueller was appointed by Deputy Attorney General Rod Rosenstein to investigate allegations about Russian meddling and Trump campaign collusion.

Mueller was appointed after Attorney General Jeff Sessions recused himself from the probe, which angered Trump and sparked speculations that he would fire Mueller and/or Sessions.

The bill was crafted with Sen. Chris Coons, D-Del., and would allow a Justice Department special counsel to make a legal challenge to a dismissal that would be reviewed by a three-judge panel.

Still, Tillis made clear the measure goes beyond Trump and Mueller.

The bill has yet to receive a date for a committee hearing or vote, but has a good chance of passing in the Senate because of its bipartisan support.