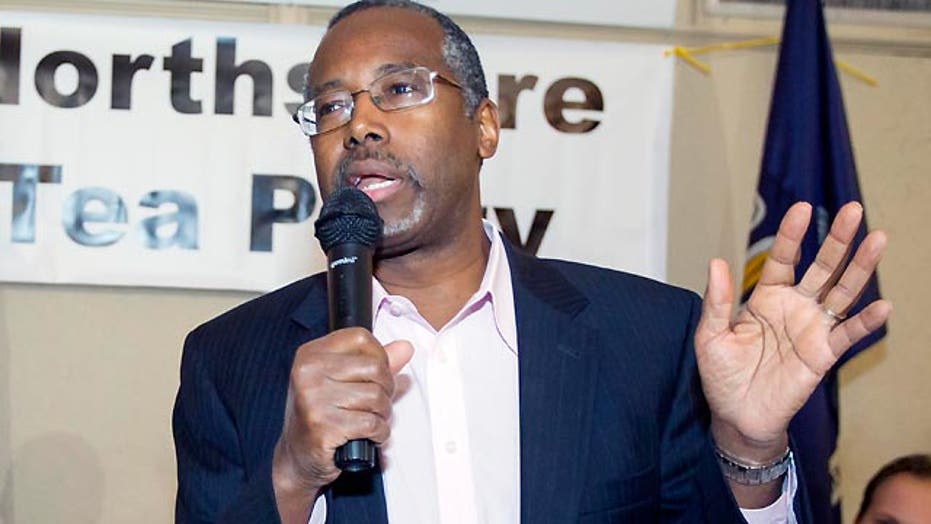 The 2014 midterms just ended, and the 2016 White House race may already be underway.

Dr. Ben Carson, a pediatric neurosurgeon who has emerged as an influential conservative voice, is going on air in 22 states, and Washington, D.C., this weekend with an hour-long ad introducing America to his life story.

The spot is described as a documentary, and titled "A Breath of Fresh Air: A New Prescription for America."

ABC News, which first reported the ad, said the paid video will describe his childhood in Detroit as well as his professional life as a top director at Johns Hopkins.

Carson, who has not formally announced a presidential bid, has left the door wide open to a run. An outside effort to draw him into the race has raised millions.

In response to speculation about his presidential ambitions, Fox News on Friday said it had ended its paid contributor relationship with Carson. The doctor had joined the network as a contributor in October 2013.

The video airing on Saturday and Sunday was produced by Armstrong Williams Productions.

A clip of the video posted on Carson's website shows images of Carson at the prayer breakfast, of Carson working as a surgeon, and, notably, of someone holding a banner urging him to "run, Ben, run."

GOP strategist Tyler Harber noted that Carson's team has been attending conservative events ever since 2012 collecting names and email addresses.

"The man's running. He's been running for two years," he told FoxNews.com.