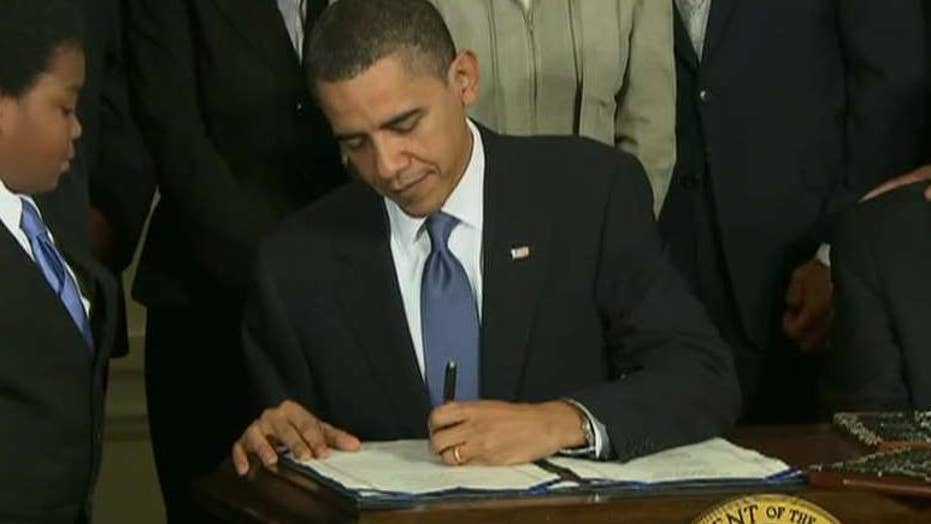 Ken Paxton, Texas' Republican attorney general considered the architect of the lawsuit to defeat Obamacare, said on Sunday that his office is "eager to defend" last month’s federal judge's ruling that declared the 2010 law unconstitutional.

Judge Reed O’Connor's Dec. 14 ruling is being challenged by 16 states. He said that the states are "unlikely to succeed" in court.

The Federal District Court in Fort Worth on Sunday issued a final judgment and granted a stay of the ruling. O’Connor reportedly said that the ruling should not go into full effect since many Americans would "face great uncertainty" during the appeal process.

Paxton said in the statement that the stay will give states a chance to develop plans "to address the health care needs of their residents for the day the ruling is ultimately upheld."

O'Connor, who was appointed by President George W. Bush, ruled that last year's tax cut bill knocked the constitutional foundation from under Obamacare by eliminating a penalty for not having coverage. The rest of the law cannot be separated from that provision and is therefore invalid, he wrote.

The New York Times reported that O’Connor—at the time of his original ruling—did not issue an injunction, so individuals were still able to sign up for the coverage.

Currently, about 10 million have subsidized private insurance through the health law's insurance markets, while an estimated 12 million low-income people are covered through its Medicaid expansion.

The White House said last month that it expects the ruling to be appealed to the Supreme Court. The five justices who upheld the health law in 2012 in the first major case -- Chief Justice John Roberts and the court's four liberals -- are all still serving.