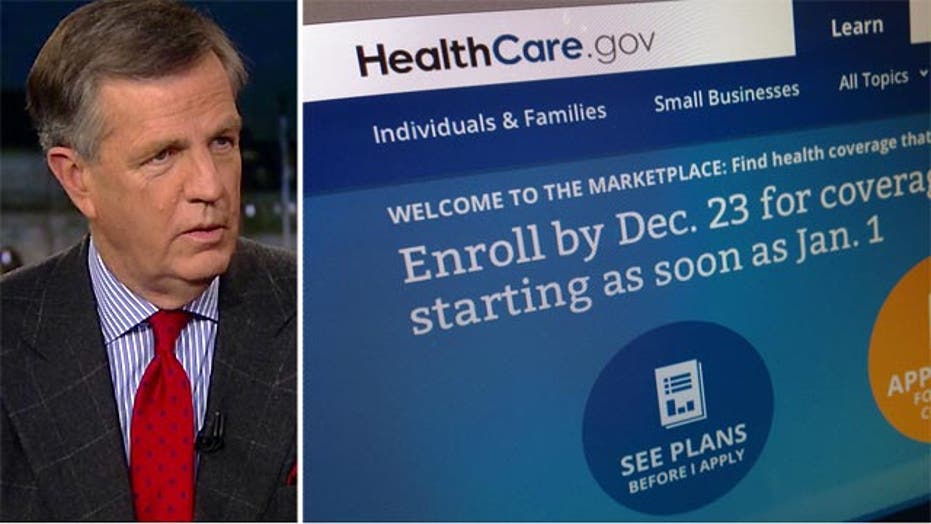 A look reaction to vulnerabilities

There has been plenty of grumbling about security problems at healthcare.gov, but now it's emerging as a full-blown problem.

FNC’s Brit Hume reports on how Reuters handles the story.

But Democrats are pushing back against what they see as GOP attacks on the law. The House approved legislation yesterday requiring weekly, detailed reports on the number of enrollees, unique visitors, and other stats.

DNC Chair Debbie Wasserman Schultz, a cancer survivor, has a message for the GOP: Hands off ObamaCare.

In response to a GOP tweet asking readers to “tell us your top issues” she makes her allegiance known.

Doesn’t look like Ted Cruz, who won’t stop thinking about repealing, reads Schultz’s feed, according to his aide.

It’s not that often the light on at the top of the Capitol shines signifying Congress is in session.  Most full-time employees work 40 hours a week Monday through Friday.

And when they’re outta there on a Thursday, no one better get in their way.

NSA, watch out. You won’t have Rand Paul to snoop on anymore. He’s joining Snapchat.

The social media photo-sharing app allows users to send photos and videos that disappear after a few seconds.

“I like the idea of my chats disappearing so the NSA can’t get them,” Paul tells Greta Van Susteren.

Created by two Stanford brothers, Snapchat has become a Silicon Valley sweetheart, recently turning down a $3-billion offer from Facebook.