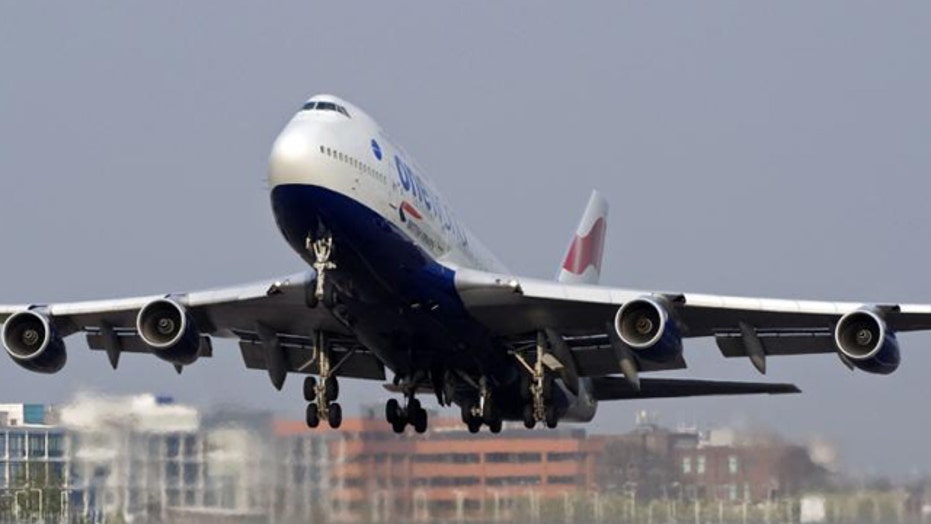 A new report claims terrorists are plotting to blow up five jets bound for European cities before Christmas, in what one analyst said is a sign Al Qaeda is competing with the Islamic State for influence.

"We've been told that five planes are being targeted in a high profile hit before Christmas. They've been waiting for the big one," one unnamed airport security source told the newspaper.

The Department of Homeland Security has not yet responded to a request from FoxNews.com for comment.

One source who spoke with Fox News questioned the credibility of the claims.

But sources also say the U.S.-led bombing campaign against the Al Qaeda offshoot Khorasan group in Syria has not disrupted their plotting, and trained bomb makers are still around -- even though notorious French bomb maker David Drugeon was killed in a recent missile strike.

The Express report said Drugeon's work remains a big threat, with other "terror apprentices" looking to his work on using non-metallic explosives to mount an attack.

The Express reports that the plot has been known about for two months and is thought to involve terrorists sneaking bombs onto planes bound for European cities.

Fox News terror analyst Walid Phares said the alleged plot is a sign that Al Qaeda is "competing" with the Islamic State.

"So it's like the terrorists have a market they want to win over," Phares told Fox News. "Al Qaeda has tried to do this in the past, remember they had 9/11 and before that in 1999 they wanted to bring down five jets over the Pacific ... so Al Qaeda is determined to do something to compete with ISIS against us."

The details come after a bomb scare on a flight from Barcelona to New York City on Sunday.

But authorities at John F. Kennedy International Airport said they found nothing dangerous on the American Airlines plane after the bomb threat was called in.

The 200 passengers plus crew were taken off the aircraft while police and K-9 unit dogs swept the aircraft and its cargo.