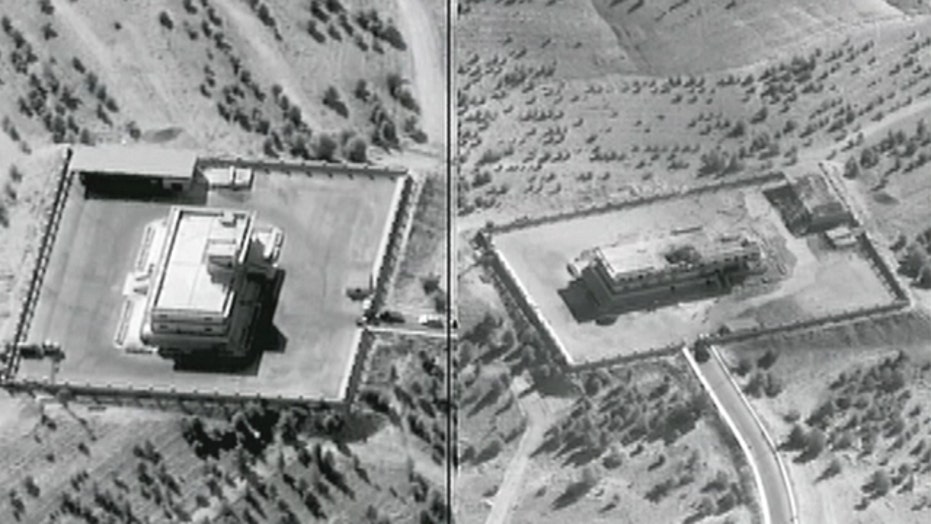 Update on US military operations against ISIS

The launch of U.S. airstrikes in Syria marks the beginning of what military officials are calling a "sustained campaign" against the Islamic State -- a new war in the Middle East that immediately poses complex challenges for the Obama administration and Congress.

Some already see the war against the Islamic State, or ISIS, as an engagement that could last years, and could fall to President Obama's successor to finish.

"The fact is, Islamic terrorism is out to destroy us ... and the war is only going to end when they are defeated," Rep. Peter King, R-N.Y., told Fox News, suggesting the "war" was never over in the first place. "And this may well go on for a number of years. In fact, in many ways it's been going on for 20 years."

In Capitol Hill hearings and press briefings last week, in advance of the Syria strikes, the American public got their first full glimpse of the questions raised by the expanded intervention.

How much will it cost?

How will ground troops be used, and how many will be required?

Does Congress need to formally approve the expanded mission?

The latter question is resurfacing in the wake of Monday's airstrikes. While some influential lawmakers have backed the administration's claim that it does not need congressional approval, a mix of Democrats and Republicans say otherwise.

Some critics say the administration is relying in part on a faulty argument that the 2001 authorization to use military force still applies. Rep. Chris Van Hollen, D-Md., while not questioning the decision to rely on the 2001 authorization, on Tuesday nevertheless called for House Speaker John Boehner to bring members back to debate and vote on a new authorization.

Van Hollen said in a statement that Congress should "revise" that measure to support the "targeted actions underway" while including provisions to prevent "the deployment of American ground forces that would drag us into another Iraq War."

Despite concerns about the possibility of "mission creep" in Iraq and Syria, so far, the president appears to have a majority of Congress on his side. Congressional leaders voiced support following the military operation in Syria, which involved five Arab allies. And before Congress recessed last week, it approved a measure authorizing a mission to train and equip moderate Syrian rebels.

But Congress has the power of the purse strings and, if public opinion turns, could use its leverage as the cost of the mission rises.

So far, the White House has not provided an estimate of what the war could ultimately cost.

One budget expert told Roll Call the cost of the operation could hit $1.5 billion a month.

A Pentagon spokesman recently estimated that Iraq operations alone were costing about $7.5 million per day.

The costs, though, depend not only on the scope of airstrikes but also ground operations.

The Army's top officer warned last week that it will become increasingly difficult to launch precision airstrikes against Islamic State militants hiding among the population in Iraq.

Army Chief of Staff Gen. Ray Odierno said that in order for the U.S. to maintain the precision of the strikes, Iraqi or other ground troops may be needed to better direct the strikes.

Odierno said the U.S. will determine over time whether any additional ground support is needed. U.S. leaders have ruled out fighting a ground war in Iraq, but they've left the door open for specialized troops to embed with and advise Iraqi units.

Asked if the current total of about 1,600 troops will be the maximum, Odierno said he thought that number was a good start.

"I don't think there's a rush to have lots of people in there right now," he said. But he added that since the fight could go on for several years, adjustments to the numbers would be made if needed.

The mission in Iraq and Syria, though, could put pressure on the U.S. military to focus on that fight. Hawkish lawmakers have renewed concerns that budget tightening is putting additional strain on the Armed Forces at a critical time - some are even discussing rolling back the so-called sequester cuts.

The Army is meanwhile in the process of cutting down its active-duty force strength by tens of thousands of soldiers.

Asked whether those targets might be reconsidered in light of the developments in the Middle East, an Army spokesman told FoxNews.com it was still bound to levels set by Congress, which have not changed.

"The Army must meet its mission requirements with the number of personnel that Congress authorizes for the Army," the spokesman said.