Former national security advisor Susan Rice has reportedly sold her shares in the streaming service Netflix amid rumors that she is on the shortlist of candidates to be presumptive Democratic nominee Joe Biden's running mate.

Deadline reported Friday that Rice sold her shares valued at $305,323, according to an SEC filing dated Thursday.

A spokesperson for Rice told Deadline that her sale "has nothing to do" with Biden's VP search.

SUSAN RICE ON HER TRUMP-SUPPORTING SON: 'I LOVE HIM DEARLY'

“Ambassador Rice’s sale of a fraction of her Netflix stock has nothing to do with VP speculation,” spokesperson Erin Pelton, said. “She filed a stock plan pursuant to SEC regulations over three months ago.”

Earlier this week, Axios reported that the former vice president had narrowed down his choices to Rice and Biden's onetime primary opponent Sen. Kamala Harris, D-Calif. 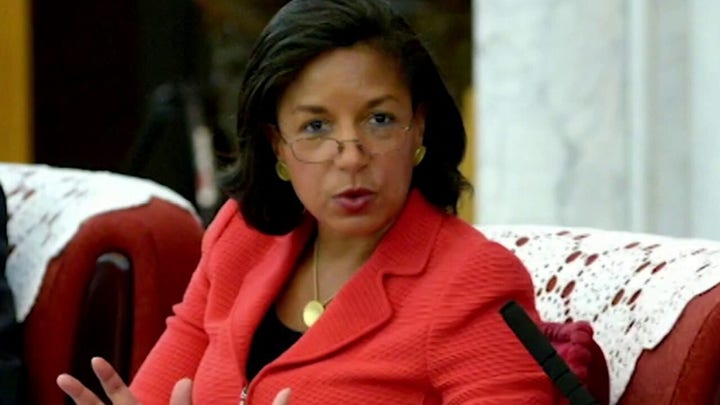 Late last month, there was growing speculation that Harris was leading the so-called "veepstakes." Biden was seen holding notes about the California senator at a press conference, which included the phrases “Do not hold grudges,” “Campaigned with me & Jill,” “Talented,” “Great help to campaign,” “Great respect for her,”

Politico also mistakenly reported late last month that Harris had been officially selected as Biden's running mate. The report included a quote attributed to the Biden campaign. Politico later referred to the publishing of "placeholder text" as an error.