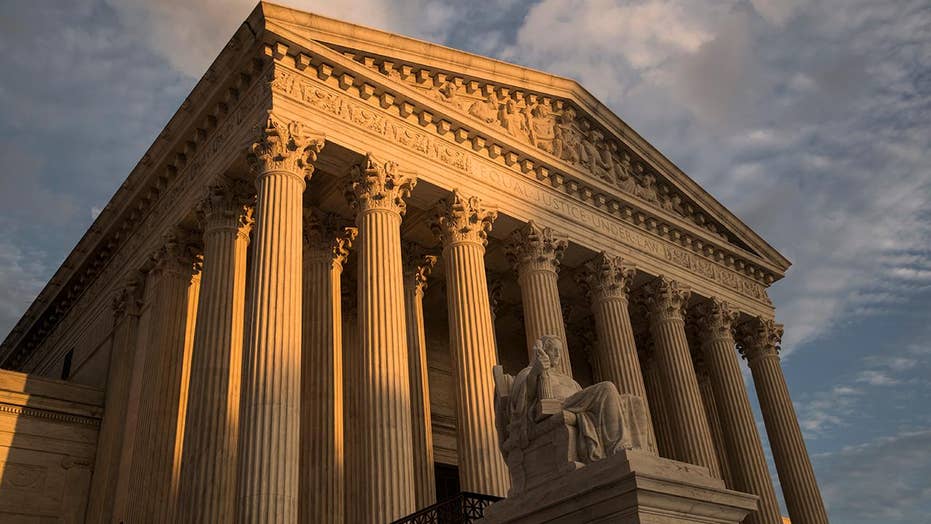 Private health insurers are poised to prevail Tuesday at the Supreme Court over claims the federal government owes them billions of dollars from a now-defunct financial incentive program in the Affordable Care Act.

It is the fifth time the justices have heard legal challenges to the 2010 Affordable Care, but the current issue has little of the partisan rancor of previous disputes, such as individual mandates and contraception coverage.

At issue now is whether Congress appropriately limited funding to private companies after earlier promising them a financial stopgap against losses.

Health providers in six states say they are the victims of a federal "bait-and-switch," by agreeing to participate in an ObamaCare program designed to expand coverage plans to uninsured and underinsured customers.

Those companies say they are owed $12 billion in subsidies from the pooled funds, to compensate for losses. But the Trump administration argues Congress properly made the choice to stop funding, and that the companies were never in a contractual relationship with the government.

"You make a case at some length about the reliance of the insurance companies, they were basically seduced into this program, but they have good lawyers," he said. "I would have thought at some point they would have sat down and said: well, why don't we insist upon an appropriations provision before we put ourselves on the hook for $12 billion?"

But Justice Elena Kagan was skeptical.

"Are you saying the insurers would have done the same thing without the promise to pay?" she asked, turning aside the government's argument. Insurance firms "pay in, that's obligatory.  We [the government] commit ourselves to paying out. It turns out, if we feel like it. What kind of a statute is that?"

The original funding program was designed as a safeguard to lure private insurers into the health market exchanges, amid initial uncertainty over how many people would participate and how much it would cost. Those companies with customers with more expensive medical needs would be reimbursed, while companies with lower costs would pay into the pool.

But Congress in 2016 let the program expire amid concern over the program's rising deficits, and stopped further government payments.

At issue in the high court's subdued oral arguments was what further financial obligation the government had, and the limits of "must pay" reimbursement in the initial language of the law.

Justice Samuel Alito wondered whether courts should offer "special solicitude for insurance companies" to bring these kinds of cases.

Justice Stephen Breyer countered, "Why does the government not have to pay its contracts, just like anybody else?"

"If we were to rule for you, everyone will be on notice going forward, private parties and Congress itself, that "shall pay" doesn't obligate actual payments," he said. "If we rule against you, Congress also will be on notice going forward that it needs to include 'subject to appropriations' kind of language in any mandatory statute. My question is, if we rule against you, are there other existing statutory problems lurking out there in the interim?"

There are currently a range of legal challenges to other provisions of the ACA, including executive orders by the Trump administration seeking to eliminate or reduce sections of the law.

And the Supreme Court is likely to be confronted in coming months with another ObamaCare case, one with far greater implications.

A federal judge in Texas late last year struck down the law’s individual mandate, and with it the entire ACA. A federal appeals court is now expected to issue a ruling shortly, and the justices could then put it on the docket and rule on the merits next year.

Texas and 19 other states had brought suit, saying when Congress eliminated the tax penalty for Americans who fail to purchase health insurance, the main funding mechanism of the law made the entire law invalid.

The Trump administration is no longer defending the law in court, leaving it to about 21 other states and the Democratic-led House of Representatives to serve as main plaintiffs.