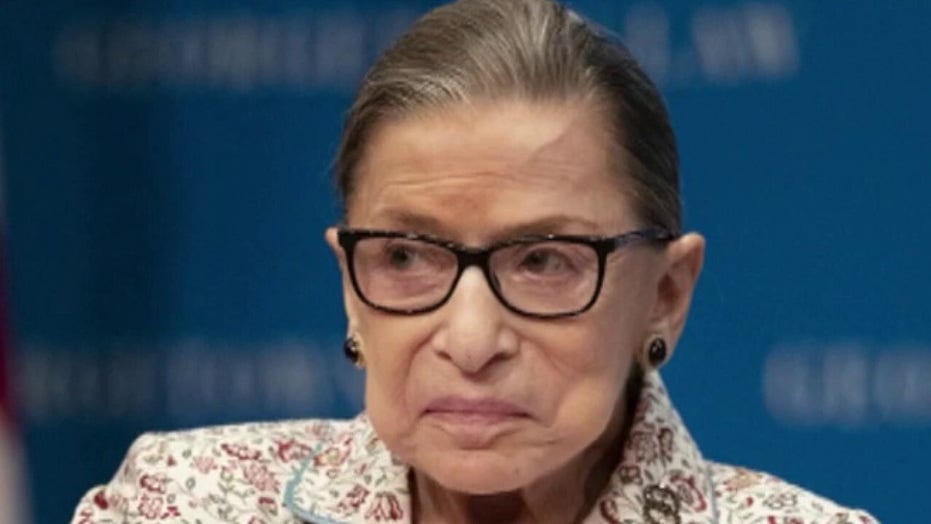 With the death of Supreme Court Justice Ruth Bader Ginsburg, President Trump will have the rare chance to appoint a third justice to the highest court in the country.

Having remained on her seat for just over 27 years, Ruth Bader Ginsburg was the 24th longest-serving Supreme Court justice of the 114 to hold the office. While the longest-serving justice was William O. Douglas’ 36 years, 209 days span – lasting through the 40s, 50s, and 60s - the average term of service is 16 years, 359 days.

As the standard of health care continues to improve, a justice can potentially look forward to a longer tenure. To get an idea of how long that tenure might last, here is a rundown of the current justices and just how long each of them has served so far.

Thomas is perhaps the most right-leaning justice on the court, according to an analysis by political scientists Lee Epstein, Andrew D. Martin and Kevin Quinn. Prior to the death of Justice Antonin Scalia, Thomas had gone a full decade without asking any questions, a rare record since no justice for 45 years prior had gone a single term without asking questions during cases, according to the New York Times.

Justice Stephen Breyer was appointed to the Supreme Court in 1994.

Nominated by President Bill Clinton, Justice Stephen G. Breyer’s term is just a bit shorter than that of Ruth Bader Ginsburg, who was also appointed by Clinton during his first term. Breyer has served for 26 years, 47 days so far, having been confirmed on July 29, 1994, with his confirmation taking 73 days to complete.

With Ginsburg’s passing, Breyer is now the oldest justice on the bench at 82-years-old-- a full decade older than Thomas. Breyer is a left-leaning justice, though more moderate than the other liberal justices. Breyer is also a more philosophical justice, having published a book, Active Liberty, in 2005 which attempted to lay out a systematic explanation of his approach to legal theory.

The first appointee by President George W. Bush has enjoyed a tenure just a few months longer than that of his junior – and chief justice – John Roberts. Samuel Alito was appointed on January 31, 2006 after a process lasting 82 days. He is only a little younger than Clarence Thomas, but has served for only half as long as the longest-serving member on the bench.

Alito is more conservative than the chief justice, but he is still considered more moderate than his fellow conservative-leaning justices. He considers himself a “practical originalist" -- meaning he believes that the constitution’s fundamental meaning does not change. His actual practice, though, gives more emphasis to the “practical” use of the laws that the court reviews. He does, however, vote more often than not for a conservative interpretation, per analysis by 538.

Current Chief Justice John Roberts, who was appointed by President George W. Bush, has served just 134 days longer than that of the other Bush appointee, Justice Alito. Confirmed on Sept. 29, 2005, Roberts has served for 14 years, 356 days, with his confirmation taking 62 days to complete.

Roberts’ confirmation was an unusual one, as Bush initially nominated Roberts to replace Associate Justice Sandra Day O’Connor, but then withdrew the nomination following the death of Chief Justice William H. Rehnquist. Bush then nominated Roberts for Chief Justice, a position held by only 16 people before him. The majority of chief justices are directly nominated, with only five having previously served as associate justices.

Roberts is considered a moderate, despite being originally appointed under the assumption that he would be a more conservative justice. Roberts occasionally sides with more liberal justices, such as earlier in 2020 when he voted to preserve Obama-era protections for young undocumented immigrants who arrived in the U.S. as children. Roberts has expressed a view for judicial restraint to support legal legitimacy of the court as a prime motivator for his decision-making and interpretation.

Justice Sonia Sotomayor was nominated to the Supreme Court by former President Barack Obama in 2009.

Appointed by President Barack Obama at the start of his first term, Sotomayor was confirmed on Aug. 6, 2009 after a 66-day process. Sotomayor is the first - and so far only – Hispanic appointment to the Supreme Court. Her ascent was aided by both sides of the aisle, with President George H.W. Bush first appointing her to the Southern District of New York before President Bill Clinton elevated her to the U.S. Court of Appeals for the Second Circuit.

Sotomayor also now holds the distinction as the most left-leaning justice on the Supreme Court. Her 11-year tenure has seen her voting in near-lockstep with Ginsburg. She has been cited as a “legal realist,” a position best summed up as believing that “the life of the law has not been logic; it has been experience."

Justice Elena Kagan joined the Supreme Court in 2010 after being nominated by former President Barack Obama.

The second Obama appointee arrived a little over a year later. Elena Kagan was confirmed on August 5, 2010, following a rather lengthy process of 87 days. Her tenure has lasted just over a decade now, but that still leaves her as the third-most junior member on the bench.

Kagan appears to vote only a little more left-leaning than Breyer. Kagan served as Associate White House Counsel for President Bill Clinton, working on such cases as the Whitewater controversy. In 1997, she co-authored a plea for Clinton to support a ban on late-term abortions as part of a political compromise.

The first appointment by President Trump saw Neil Gorsuch fill a vacancy left by the death of Justice Antonin Scalia. While Scalia died during the last year of Obama’s presidency, the Senate held off on hearing appointments until Trump took office.

Once the process started, it took 65 days to confirm Gorsuch on April 7, 2017, starting a tenure that has lasted three years, 162 days. Gorsuch also holds the distinction of being the first justice to serve alongside a justice for whom he has clerked – Justice Anthony Kennedy. He is currently the youngest justice on the bench.

Gorsuch has been a more conservative voice on the bench, falling in the middle of the right-leaning pack. He has at times voted more liberally, but he supports textualism and originalism when interpreting the constitution.

While his tenure is currently the shortest, Brett Kavanaugh’s confirmation process was the second-longest of the current justices. Appointed in 2018, his confirmation hearing lasted for 88 days before he was appointed on October 6, 2018. He is the second appointee by President Trump.

Kavanaugh quickly established himself as one of the most conservative justices on the bench, second only to Thomas. Despite his overall record, he has taken a few surprise positions, such as voting in favor of the Manhattan District Attorney gaining access to Trump’s tax records. His record at times indicates an emphasis on the distinction between rulings that should be within the court’s purview versus that of Congress.