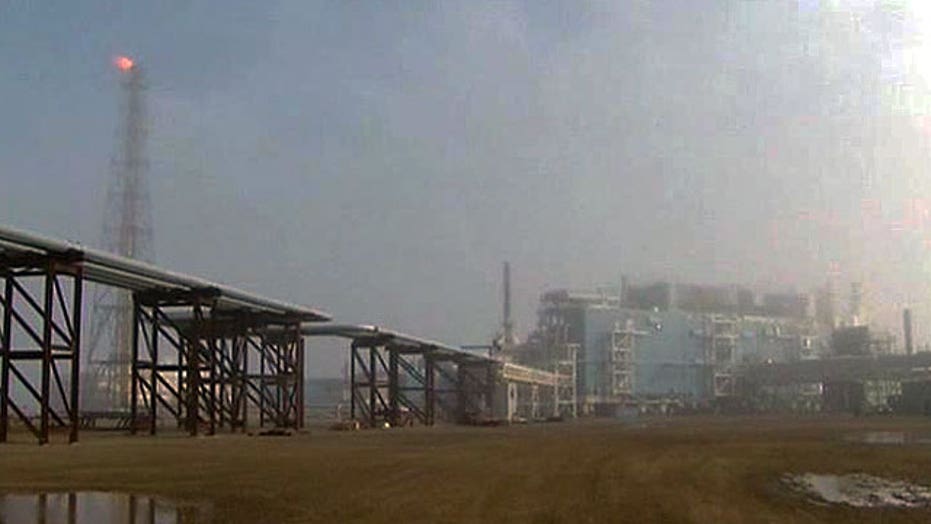 Alaska in panic mode with drop in oil production?

With all 441 precincts reporting late Wednesday, a ballot measure to repeal the tax credit legislation was trailing by 6,880 votes. An estimated 14,000 absentee ballots are still to be counted in the days ahead, but supporters and opponents of the legislation said that the referendum had been decided.

At a press conference Wednesday, Parnell called on oil companies to "put their money where their mouth is [and] move those billions of dollars into work for Alaskans."

The tax credit legislation, known as Senate Bill 21, narrowly passed the state Senate last year with the promise that it would attract investment for new wells and put more oil in the trans-Alaska pipeline.

Critics called it a giveaway that awarded tax breaks to already profitable oil companies with no guarantee they will invest in Alaska.

"Let’s put it this way: We're conceding the referendum election is over," Vic Fischer, co-chair of the Vote Yes! Repeal the Giveaway group, told the Anchorage Daily News. "The numbers are not likely in our favor, and we might as well relax and enjoy ourselves. But we don’t look at it as defeat."

Known as "Alaska's Clear and Equitable Share," or ACES, the Palin law gave tax credits for investment but contained a progressive surcharge that companies said ate too deeply into profits, discouraging new investment.

Parnell and other critics called ACES an investment-killer and said it had done nothing to replenish oil in the pipeline, where volume has fallen sharply from a high of 2 million barrels per day in 1988 to about one-quarter of that amount.

"Alaskans, at this rate, crony capitalists wonder why we don't just give our energy resources away for free. We own the energy sources per our Constitution, and we violate our state's blueprint that creates security and prosperity when we wave the white flag and give in to every demand of multinational corporations doing business up here," she wrote on Facebook, encouraging voters to repeal it.