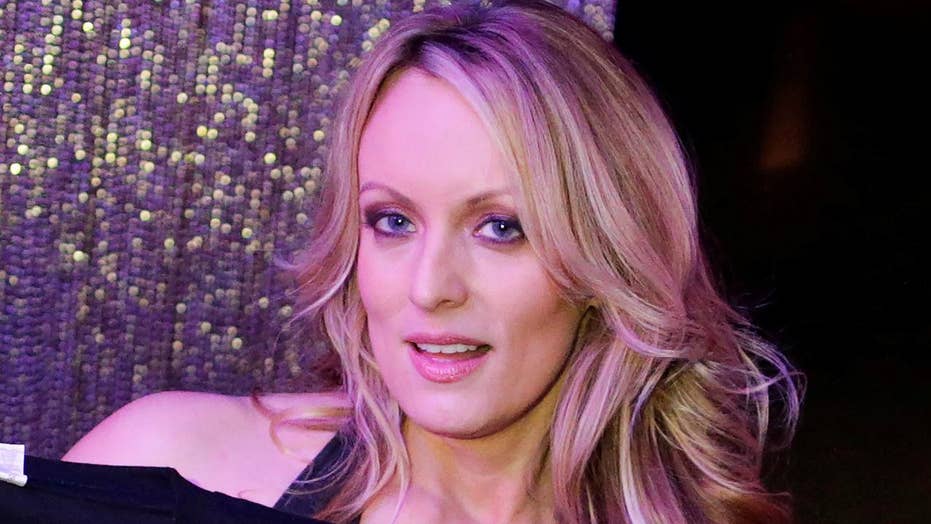 Attorney for Stormy Daniels releases results of a 2011 polygraph test which shows the adult film performer was likely telling the truth about having sex with Donald Trump; Ellison Barber reports from Washington.

The saga between President Trump and the pornographic film star Stormy Daniels took on a new dimension on Friday evening when Daniels' lawyer discussed a DVD he claimed “contains evidence” relating to the pair’s relationship.

“If ‘a picture is worth a thousand words,’ how many words is this worth?????,” Michael Avenatti, the lawyer, tweeted on Thursday. The message was accompanied by a photo of what appeared to be a DVD in a white sleeve on a countertop. Avenatti finished the tweet with hashtags of #60minutes #pleasedenyit and #basta, the foreign word for “enough.”

An interview Daniels (whose legal name is Stephanie Clifford) recorded for “60 Minutes” is to air Sunday.

“That DVD,” Avenatti said to CNN on Friday, “contains evidence substantiating the relationship. And the tweet is a warning shot. I want to be really clear about this. It is a warning shot. And it’s a warning shot to Michael Cohen and anyone else associated with President Trump that they’d better be very, very careful after Sunday night relating to what they say about my client and what spin or lies they attempt to tell the American people.”

Records released earlier this week show that Avenatti's client passed a 2011 polygraph test in which she claimed she had unprotected sex with Trump in 2006.

The president has denied the allegations.

The adult film actress is suing Trump over a nondisclosure agreement, which she claims is invalid because the president never signed it.

Daniels has offered to return the $130,000 payment she received from Trump’s longtime attorney Cohen in 2016 in exchange for a nullification of the nondisclosure agreement and the freedom to speak about the alleged affair.

Cohen has sued Daniels for $20 million, alleging she violated the agreement.