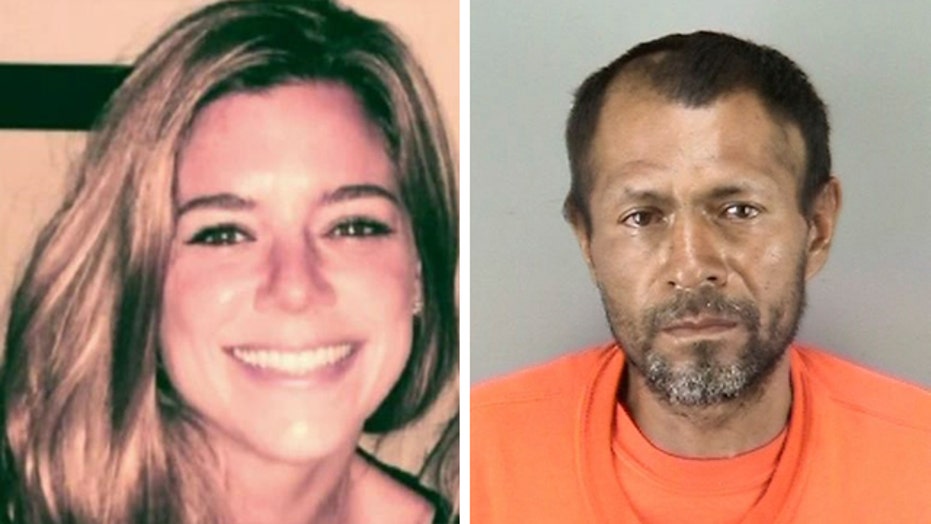 The family of Kate Steinle, in an emotional press conference, announced a lawsuit Tuesday against government agencies that they consider partly responsible for her murder because of their handling of the illegal immigrant suspect and the murder weapon itself.

Steinle, 32, was shot dead while walking on a San Francisco pier on July 1. Suspect Juan Francisco Sanchez, who has admitted he fired the fatal shot, is an illegal immigrant who had been deported five times before he was transferred from federal custody to a San Francisco jail earlier this year to face outstanding marijuana charges. Yet he was released in April after prosecutors dropped the pot counts, despite a federal request to detain him until immigration authorities could pick him up.

The Steinle family announced Tuesday with their legal team that they have filed three claims -- against San Francisco Sheriff Ross Mirkarimi, the Bureau of Land Management and Immigration and Customs Enforcement.

“We feel as though we’ve exhausted avenues, we’re frustrated and we’re here to make sure a change is made so nobody has to endure the pain that my mom and dad and I go through on a daily basis because the system failed our sister,” Kate’s brother Brad Steinle told reporters.

The claims are the first steps in filing lawsuits against the agencies, should they deny the claims or not respond. The family, which is seeking unspecified damages, alleges a lack of oversight from the government agencies directly contributed to Steinle’s death.

The Bureau of Land Management is accused of not taking appropriate care of the handgun that was stolen and used to shoot Steinle. The claim alleges the gun was stolen after it was inappropriately stored in a backpack in an unoccupied car. Regulations say the guns need to be kept unloaded, away from ammunition and in a locked case.

Mirkarimi is accused of wrongly ignoring the ICE request to detain Sanchez -- though the sheriff has said he was only following city policy.

“There was nothing, according to the mayor, that prevented this sheriff from picking up the phone and notifying the federal agency responsible for detention and deportment that there was a man in custody with this history,” attorney Frank Pitre said.

“The sheriff, we’ve alleged in the claim filed today, acted in excess and in abuse of his authority" by restricting communication with federal agents, Pitre said.

The Steinles' claim against ICE alleges the agency had been informed by Mirkarimi that he would not follow their requests unless they issued a court warrant. Yet ICE did not obtain those documents, the claim says.

Emotions were high at the press conference, with Steinle's father telling reporters that the moments of his daughter’s death haunt him every night.

“I’m walking down the pier arm in arm with my daughter and close friend. She stops, takes a selfie, turns around and is shot. As she fell she said, 'Dad, help me.' That’s my bed time story. Every night.”

Steinle’s mother Liz told reporters that Kate is making them strong and their focus is on changing laws.

“I feel her strength, and I know she’s proud of what we’re doing. We just want to make her proud. It’s about making this a better world for everyone. These laws need to be changed. It’s not okay to have these people, who are violent felons, in the United States,” Steinle said.

Sanchez has claimed that while he fired the fatal shot, it was an accident.