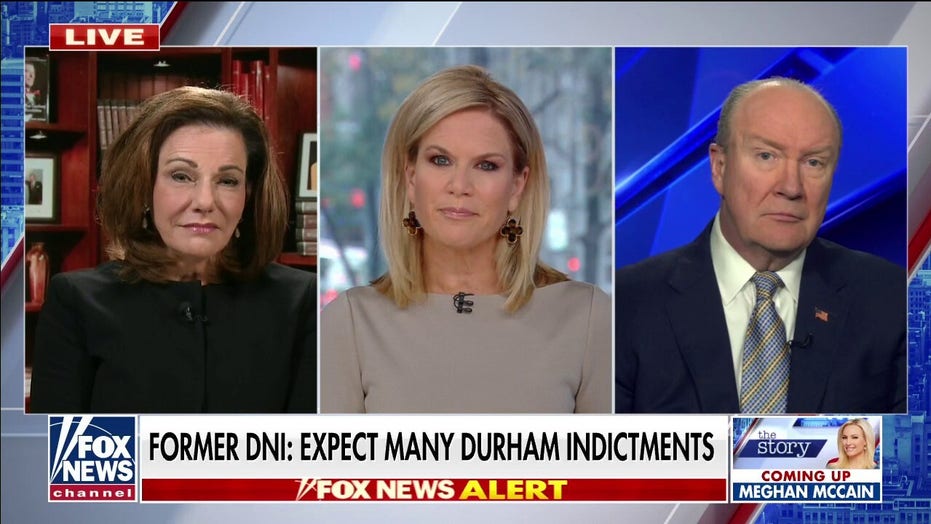 It’s been clear the Clinton campaign was involved with Steele dossier: McFarland

A key player in the debunked Steele dossier gave thousands of dollars to former Secretary of State Hillary Clinton and other Democrats, according to Federal Elections Commission (FEC) filings reviewed by Fox News.

FEC filings reveal that Democrat spin doctor Charles Dolan has given over $60,000 to Democrats, including Clinton – whom Dolan volunteered for on her failed 2016 campaign.

Dolan, who has boasted on his now-deleted Twitter profile to have worked on "every Democrat Presidential Campaign since 1980," gave Clinton $5,000 for her 2008 presidential campaign.

Climate envoy John Kerry speaks during a press briefing at the White House on April 22, 2021, in Washington, D.C. (Brendan Smialowski/AFP via Getty Images)

Outside of presidential politics, Dolan – a board member of the International Foundation for Electoral Systems – has also given to the campaigns of both Democrat Virginia senators, Mark Warner and Tim Kaine, as well as multiple House Democrat campaigns.

Dolan became a key figure in the story surrounding former British spy Christopher Steele after his attorney identified the public relations specialist as the unnamed executive who allegedly supplied information for the dossier in Special Counsel John Durham’s recent indictment of Igor Danchenko.

Danchenko's arrest is linked to a federal grand jury indictment in the U.S. District Court for the Eastern District of Virginia. Durham is charging Danchenko, a Russian citizen residing in Virginia, with five counts of making false statements to the FBI.

Danchenko is believed to be the sub-source for former British intelligence officer Christopher Steele, who compiled the dossier that served as the basis for Foreign Intelligence Surveillance Act (FISA) warrants against Trump campaign aide Carter Page. The dossier was funded by the Democratic National Committee and Hillary Clinton's presidential campaign through law firm Perkins Coie.

Dolan did not immediately respond to Fox News’ request for comment.