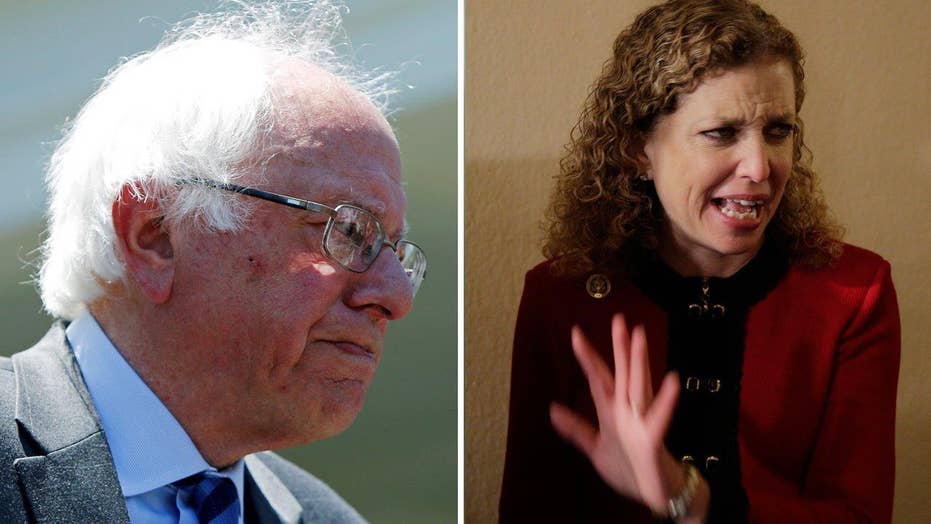 Strategy Room: Basil Smikle Jr and Liz Peek discuss the increasing calls from Democratic parties to end the use of superdelegates in primary contests

The Democratic Party’s superdelegate system – which helped power Hillary Clinton and became a target of Bernie Sanders’ call for political “revolution” – might not be long for the political world.

As the presidential primary season wraps, at least a couple state Democratic parties are looking to overhaul the system and weaken the superdelegates' role.

Clinton had the inside track with these free-agent delegates -- party insiders free to support any candidate they want at the convention -- from the outset of the 2016 race. But, echoing Sanders' concerns with the system, the California Democratic Party approved a resolution Sunday calling for major changes including the elimination of caucuses and most superdelegates, The Los Angeles Times reported.

The resolution from the largest Democratic state party in the country called for Democratic governors and members of Congress to have their status as superdelegates removed, instead attending the convention as guests without the right to vote. Members of the Democratic National Committee would retain their status, but would be bound to vote for whichever candidate won their constituency.

The California resolution is a symbolic measure and not binding, but increases pressure on the national Democratic Party to consider changes.

The proposed rules aim for changes ahead of the 2020 election. The Times reported that while the changes were pushed by Sanders backers, they were endorsed by many supporters of presumptive nominee Hillary Clinton.

On a similar track, the Nebraska Democratic Party on Sunday also passed a resolution urging their five superdelegates to base their votes on the results of the state’s presidential caucuses.

According to the Lincoln Journal-Star, the non-binding measure also bars the party from sending superdelegates to future conventions “without substantial change” to the primary process.

Just one of Nebraska's five superdelegates has committed to support Sanders, despite his victory in the state caucuses.

Sanders has also received unlikely support in his criticism of the process from presumptive Republican nominee Donald Trump, who has criticized the “rigged system of superdelegates” within the Democratic Party.

Democratic Party officials, meanwhile, point out that superdelegates have never been the deciding factor in any nomination since being created before the 1984 presidential election.