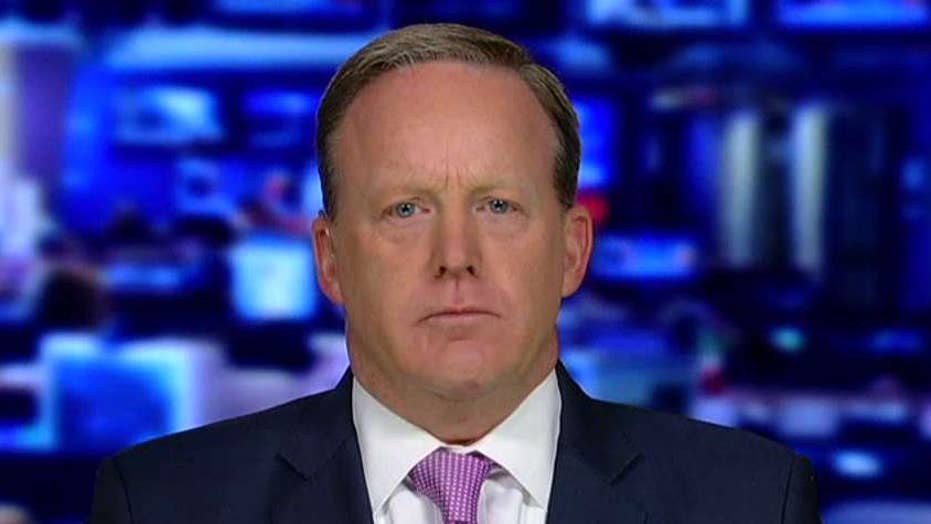 Sean Spicer: Mistakes undermine the credibility of the press

Former White House press secretary Sean Spicer recently signed a book deal with a conservative publishing company, so that he can set the record straight on his rocky tenure in the White House and push back against the "rampant hostility" he says the mainstream media has towards President Donald Trump.

"It was an honor to have a front row seat on the campaign, transition team and the first eight months of this historic presidency. I look forward to sharing my stories and setting the record straight," Spicer told the Washington Examiner.

The Washington-based publishing company, Regnery, that has published books by prominent conservative writers like Laura Ingraham and Newt Gingrich, announced on Monday that they will be releasing Spicer's book next summer.

"This isn’t about White House gossip,"Spicer said. "I can tell you from first-hand experience of the rampant hostility President Trump faces daily from the mainstream press, and I want the American people to have an opportunity to hear the truth they won’t hear from mainstream media."

"Regnery is the perfect home for Sean Spicer to tell his story," said Marji Ross, president and publisher of Regnery. "Sean shares our mission to shine light on the stories the mainstream media won’t cover, and we are honored to partner with him on this project."

Spicer appeared on Fox News Monday night and explained why he is writing a book, which will be called "The Briefing."