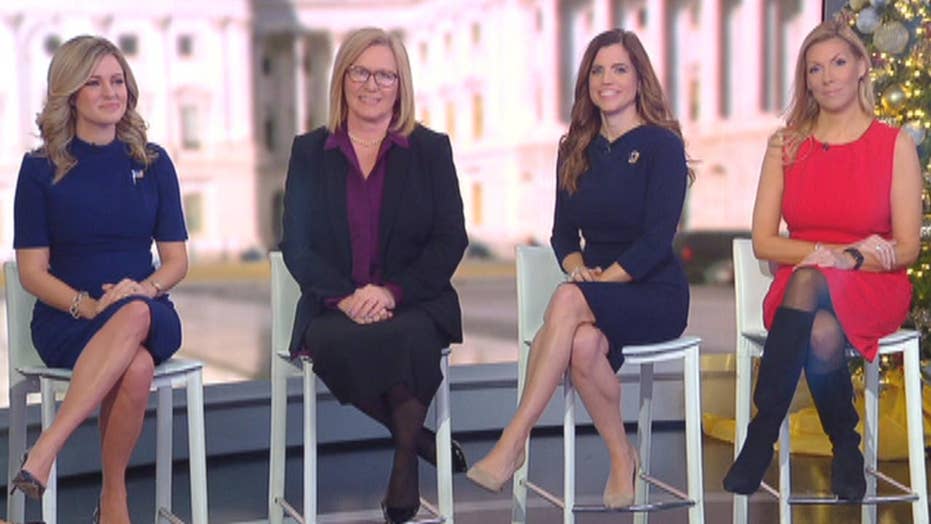 Meet the 'Conservative Squad' vowing to fight socialism in Washington

The poll, released Tuesday, finds 31 percent of voters view socialism favorably, up 6 percentage points since February (the first time the question was asked).

Despite the rise, a 53 percent majority views socialism negatively, down from 59 percent earlier.

Positive views of socialism are up 8 points among Democrats and now stand at 51 percent -- putting it on par with their favorable views of capitalism (51 percent).

On the other hand, Republicans are almost five times more likely to have a positive view of capitalism (69 percent) than socialism (14 percent).

Socialism’s popularity is up across many groups, but the shift comes mainly from men (+14 points), black voters (+13), and self-described very liberals (+12).

Those with household incomes over $100,000 are now as likely as those earning less than $100,000 to hold favorable views of socialism (32 percent each).

“There are two sides to this equation. First, while a majority is favorable to capitalism, a sizable minority is not. It isn’t working out for them, especially younger voters,” says Democratic pollster Chris Anderson, who conducts the Fox News Poll with Republican Daron Shaw.

“Meanwhile, presidential candidates are advocating popular policies that are being labeled socialist, which is increasing favorable views towards socialism.”

While views on socialism split among millennials (41 favorable-41 unfavorable), they are more likely than Gen Xers (31-54) and baby boomers (24-61) to find it agreeable.

Conducted December 8-11, 2019 under the joint direction of Beacon Research (D) and Shaw & Company (R), this Fox News Poll includes interviews with 1,000 randomly chosen registered voters nationwide who spoke with live interviewers on both landlines and cellphones.  The poll has a margin of sampling error of plus or minus 3 percentage points for all registered voters.