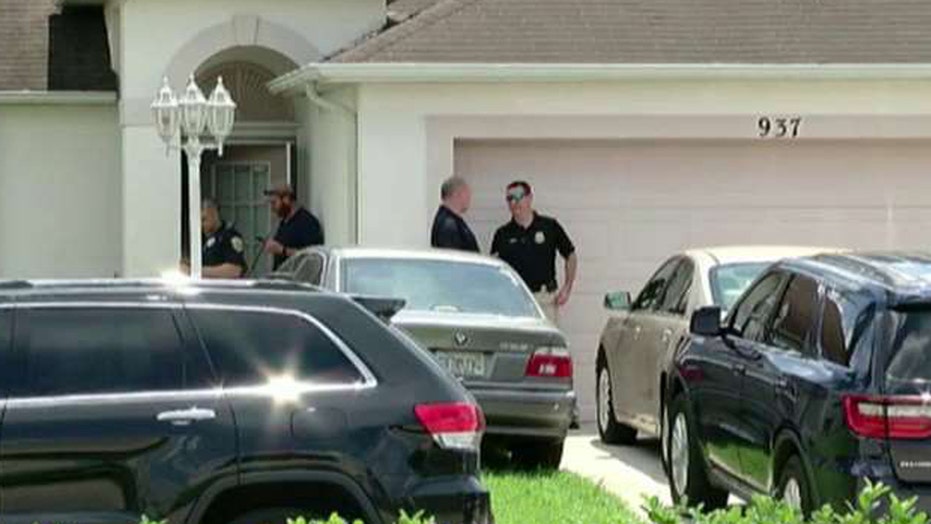 The security company that employed Orlando nightclub shooter Omar Mateen also is a federal contractor for the Homeland Security and State departments -- raising more questions about how he passed background checks despite being on the FBI’s radar screen and the level of security at a firm handling sensitive U.S. operations.

Mateen, who killed 49 people and wounded dozens more early Sunday inside the gay nightclub Pulse, started working for G4S Secure Solutions in 2007 and until the attack was employed as an armed guard at a gated retirement community in South Florida.

The U.K.-based firm has a far-reaching portfolio that goes well beyond retirement villages, however, with its U.S. arm having become of the biggest government contractors since 9/11. This includes helping secure 40 U.S. embassies worldwide and working with U.S. agents on border patrol.

In a statement released Monday, the company expressed shock at the tragic attack and said they are cooperating with law enforcement.

But the FBI acknowledged having interviewed the 29-year-old Mateen in 2013 and 2014 about possible terror ties, raising questions about what G4S knew and what, if any, action the company took.

The company said Mateen passed company screenings -- including psychological and criminal checks -- when hired in 2007 and again in 2013. Spokeswoman Monica Lewman-Garcia said G4S in 2013 “learned” the FBI questioned Mateen and later closed its inquiries.

"He was also subject to checks by a U.S. law enforcement agency with no findings reported to G4S," the company said.

The company also states on its website: “Every G4S security officer participates in a training program that far exceeds industry standards, becoming a specialist trained to both recognize and react to unique hazards of an assigned post."

Gilroy told Fox News that he and Mateen had worked as security guards at the same South Florida resort and that Mateen, a Muslim, used “horrible words” at the sight of women and blacks and was in a constant state of “anger and rage.”

However, the company refused to take action on his complaints, and Gilroy was forced to quit last year after Mateen began sending him harassing text and phone messages, according to Florida Today.

“The company wouldn't do anything,” Gilroy told the paper. “This guy was unhinged and unstable. He talked of killing people."

FBI Director James Comey on Monday also detailed the nature of the original complaints the bureau received back in 2013.

He said co-workers were concerned about "inflammatory and contradictory" statements he had made, including claiming family connections to Al Qaeda. Mateen later admitted making the statements but said he did so out of anger because he thought his co-workers were discriminating against him. The FBI closed the preliminary investigation, before briefly looking at him one more time in 2014.

G4S did not immediately respond to a request Monday by FoxNews.com asking whether Gilroy had indeed complained and if the company took any action in response.

But the history of co-workers' complaints at a company that last year alone reportedly had $89.3 million in federal contracts raised more questions about Mateen’s continued employment and access to government information and sites.

G4S became one of the U.S. government’s biggest contractors after the 9/11 attacks.

The company’s U.S. headquarters is in Jupiter, Fla., about 150 miles southeast of Orlando, and offers a range of security services including guards and technology to several industries including retail and residential.