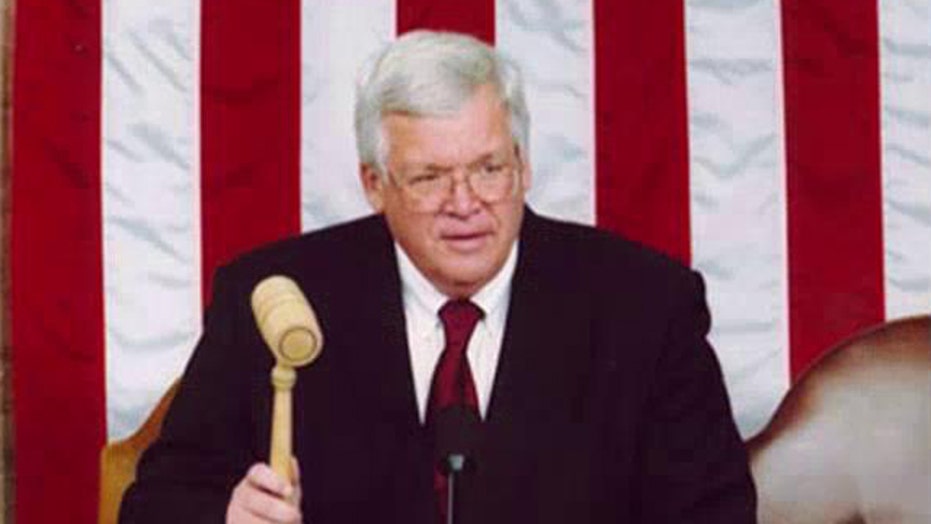 The sister of an alleged sexual abuse victim of former House Speaker Dennis Hastert has come forward, just days before the once-powerful congressional leader is set to appear in court to face federal charges.

ABC News aired an interview Friday with the sister of Steve Reinboldt, who was a student equipment manager on the local Illinois high school wrestling team where Hastert was coach decades ago. His sister Jolene told ABC News that Steve revealed the abuse to her in 1979, when he told her he was gay.

"I asked him, when was your first same-sex experience. He looked at me and said, 'It was with Dennis Hastert,'" Jolene told ABC News. "I was stunned."

The claim marks the first time an alleged victim of Hastert has been named.

Steve Reinboldt died of AIDS in 1995. Jolene said she was told by her brother that the abuse lasted through his four years in high school.

"Mr. Hastert had plenty of opportunities to be alone with Steve, because he was there before the meets," she said.

She also reportedly said she confronted Hastert when he showed up at her brother's funeral viewing.

Jolene said she told him, "I want you to know your secret didn't die in there with my brother" -- and Hastert "did not say a word."

According to ABC News, Jolene earlier tried to bring her claims to light in 2006 by writing to the network and another unnamed news organization. ABC News said it could not corroborate the allegation at the time. But Jolene told ABC News she got a message from the FBI two weeks ago, wanting to talk about the Republican ex-speaker.

Days later, federal officials announced Hastert had been indicted on charges that he allegedly hid payments made to an anonymous individual to compensate for and conceal "prior misconduct."

The alleged recipient of that money is identified in the indictment only as "Individual A."

Jolene told ABC News she never asked for money from the former speaker and does not know who Individual A is. But she reportedly said she thinks this person is familiar with her brother's situation.

Her full name was reported as Jolene Burdge by the Associated Press. The sister, who reportedly lives in Billings, Mont., also confirmed to the AP that the FBI interviewed her in mid-May. She told the AP the relationship with the former lawmaker affected her brother "in a big way."

Hastert is set to appear in court next week.