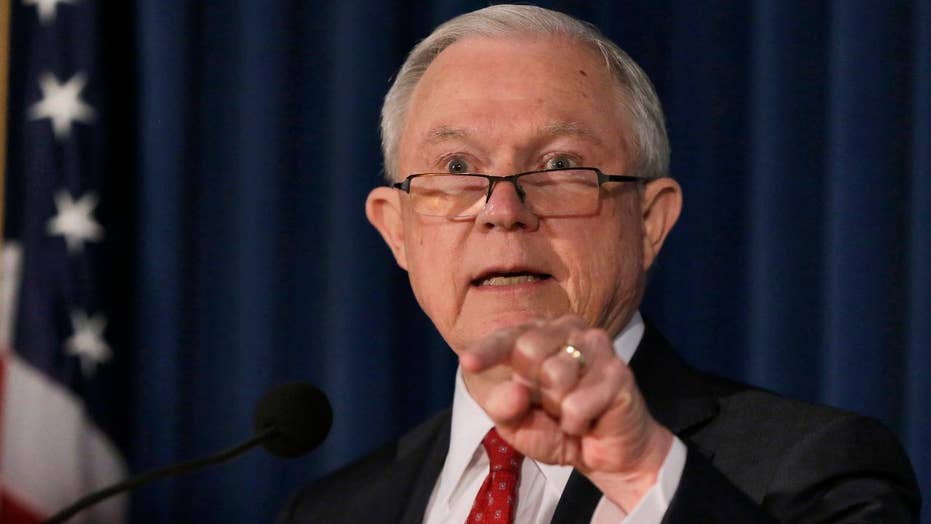 Source: Sessions has 'no interest' in returning to Senate

That’s how U.S. Attorney General Jeff Sessions feels about talk of him heading back to the Senate to replace embattled Alabama GOP candidate Roy Moore, a source told Fox News.

According to The New York Times, two White House officials floated the idea of replacing Moore with Sessions. Republican Alabama Gov. Kay Ivey would appoint Sessions to the vacant seat.

“Mr. Sessions remains highly popular among Alabama Republicans, but his relationship with President Trump has waned since he recused himself from the investigation of the role that Russia played in last year’s campaign,” according to The Times.

But a source close to Sessions told Fox News, “The Attorney General has informed people in Alabama that he has no interest” in returning to his old Senate seat.

Senior Republicans on Capitol Hill have called on Moore to drop out of the race and have gone so far as to threaten to kick him out of the Senate if he wins.

A fifth woman accused Moore, a former Alabama Supreme Court justice, on Monday of making unwanted sexual advances towards her when she was a teenager.

Moore, who has maintained his innocence, says he isn’t dropping out.