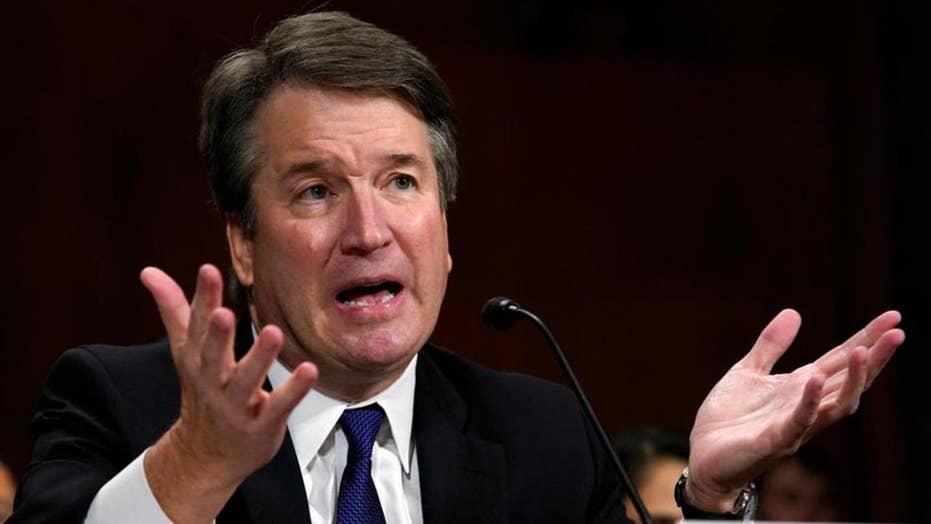 Weeks after Justice Brett Kavanaugh's confirmation -- and the sexual assault allegations against him -- captured the country's attention, the Senate Judiciary Committee has released a massive report on those accusations that's largely flown under the radar in the run-up to the midterms.

But the 414-page document, authored by the Republican majority and released over the weekend, contains a number of key revelations.

Among them: the report summarizes a statement from a man who believes he may have been involved in an encounter with Christine Blasey Ford around the time of her claim of sexual misconduct against Kavanaugh. Some of this emerged during the Supreme Court confirmation process, but the report provides more details.

Ford was the key witness against Kavanaugh. In detail, she said Kavanaugh tried to remove her clothing during a high school party, but had trouble because she was wearing a bathing suit underneath them. She said she ran off when Kavanaugh friend Mark Judge jumped on top of them and they fell off the bed. Kavanaugh denied the accusation and, on Oct. 6, the Senate confirmed him to the Supreme Court.

The man who claims he may have had the encounter with Ford was one of 40 people committee investigators interviewed as part of its probe into the sexual allegations against Kavanaugh, which was done alongside the FBI background check that was compiled in a matter of days.

Senate Judiciary Committee Chairman Chuck Grassley, R-Iowa, in releasing the report, said there “was no credible evidence to support the allegations against” Kavanaugh.

Ford testified she was 100 percent positive Kavanaugh assaulted her, rejecting the notion of a case of mistaken identity. 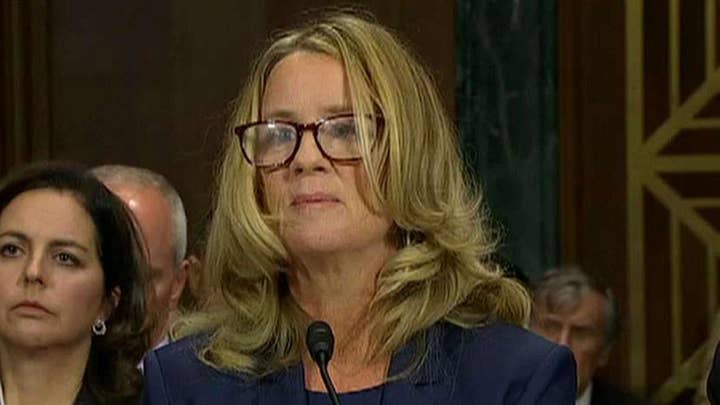 But the report gave details from the purported witness claiming exactly that scenario. The man told the investigators that when he was a 19-year-old college student, he had visited Washington over spring break and kissed a girl he believes was Kavanaugh’s accuser.

“He said that the kiss happened in the bedroom of a house which was about a 15-to-20 minute walk from the Van Ness Metro, that Dr. Ford was wearing a swimsuit under her clothing, and that the kissing ended when a friend jumped on them as a joke,” the report said.

The Van Ness Metro is in Northwest D.C. His name was redacted in the report but investigators interviewed him the day before Ford testified Sept 27.

The report also summarizes statements from another man who said that after graduating high school in Hampton, Virginia, in 1982 he made several trips to D.C. that summer.

During one trip, he attended a house party where he kissed and made out with a woman he met who he believes could have been Ford, the report says.

The man “said that based on old photographs of Justice Kavanaugh he has seen on the news, he believes the two of them share a similar appearance,” the report says. His name was also redacted. 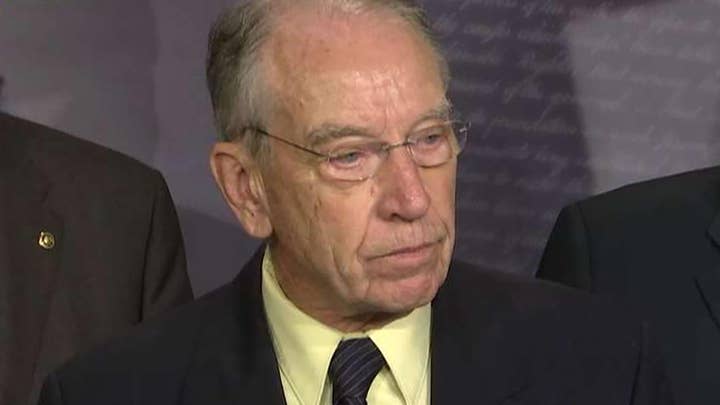 “Although each individual described details that in some respects seemed to fit Dr. Ford’s allegations against Justice Kavanaugh, both men described consensual encounters,” the report concludes.

Ford’s attorney did not respond immediately to an email seeking comment.

The report also contains these other disclosures:

Committee investigators are in the process of trying to determine if Ford friend Monica McLean, a former FBI employee, tampered with a witness.

“Several media outlets have reported that the FBI’s supplemental report indicated that Leland Keyser, a friend of Dr. Ford, felt pressure from Dr. Ford’s allies to revisit her initial statement to the Committee that she did not know Justice Kavanaugh or have any knowledge of the alleged incident,” the report says.

Ford said that when Kavanaugh assaulted her at a party, Keyser was one of the people downstairs.

The report added that according to the news articles, Keyser reported that McLean and others contacted her to suggest she “clarify” her account.

McLean’s attorney did not immediately respond to an email seeking comment.

The report summarizes an interview with a Yale grad who said that a member of Kavanaugh’s fraternity -- who was not Kavanaugh -- had a reputation for exposing himself publicly.

The man was interviewed after Deborah Ramirez told the New Yorker that Kavanaugh had thrust his penis in her face when they were at Yale. She said she was drunk and wasn’t sure it was Kavanaugh until she thought about it for a week and spoke to her attorney. Kavanaugh vehemently denied her accusation.

The reports says the man, whose name was redacted, also provided a yearbook photo of the frat brother exposing himself.

The report says the man said he had personally witnessed the flasher expose himself at a party and that the flasher was in the same residential college as Ramirez.

The report summarizes a statement from William Rand, who went to the University of North Carolina with Ford and told investigators that Ford had a very robust and active social life.

His statement seemingly was at odds with Ford’s assertions that she had a difficult time making friends due to her encounter with Kavanaugh, according to the report.

“He also stated that Dr. Ford did not seem to be afraid to be in rooms or apartments with only one entrance, which contradicts her claim to the Committee that she had to build a second front door to her house due to the trauma of the alleged assault,” the report says.

The report also says that the committee has referred four people to the Justice Department for criminal investigation.

Avenatti told Fox News that the Grassley report was “garbage.”

”There is no evidence my client or I did anything wrong,” he said. “We are still waiting and hoping the FBI fully investigates this matter. Chuck evidently doesn’t have any juice.”