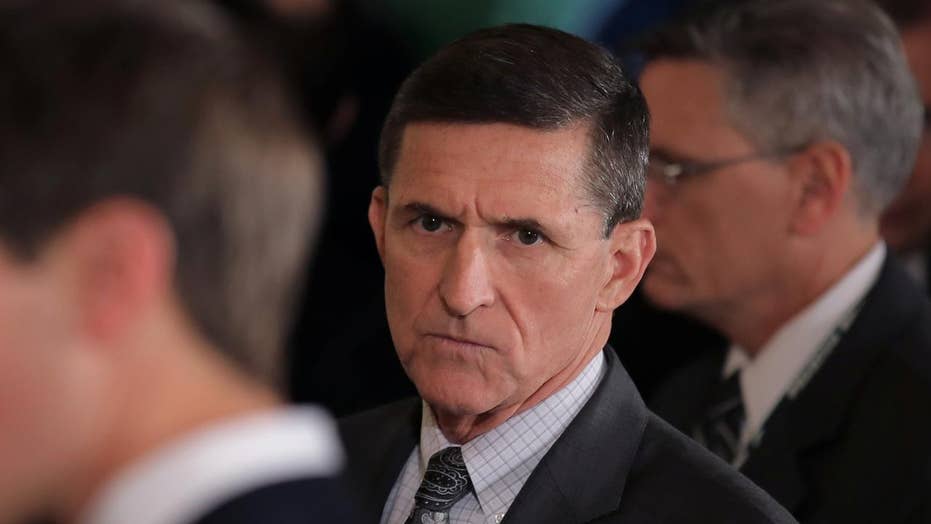 The chairman and the ranking member said the former national security adviser did not declare his December 2015 trip to Moscow; Catherine Herridge goes in-depth for 'Special Report'

Sen. Richard Burr of North Carolina, the Republican chairman, and Sen. Mark Warner of Virginia, the committee of Democratic vice chairman, said the panel had first requested the papers from Flynn on late on April 28.

Burr and Warner said in a joint statement Flynn “declined, through counsel, to cooperate with the Committee’s request.”

Sen. James Lankford, R-Okla, a member of the Senate intel committee, said Wednesday on Fox News' "The Story with Martha MacCallum" the panel has "subpoenaed a large number of documents and everything related to the questions we’ve given him."

"We have a large document research that we’ve pursued for him," Lankford said. "He didn’t turn those documents over, so we’ve subpoenaed those documents and we do  expect them to be delivered to us."

Flynn attorney Robert Kelner declined to comment on the newly issued subpoena to the Associated Press.

Flynn had previously been in talks with the committee about agreeing to be interviewed as long as he was granted immunity.

Flynn was fired by Trump after less than a month on the job, ater the White House said he misled Vice President Mike Pence and other top officials about his communications with Russia's ambassador to the United States.

Flynn's Russia ties are also being scrutinized by the FBI as it investigates whether Trump's campaign was involved in alleged election interference by Russia.

Other congressional committees and the Pentagon's inspector general are separately examining whether Flynn was fully forthcoming about his foreign contacts and earnings from organizations linked to the governments of Russia and Turkey.

On Monday, former Deputy Attorney General Sally Yates told senators that Flynn's misstatements about his contacts with Russia's ambassador to the U.S. raised concerns that Flynn could be targeted for blackmail.

Yates also cited the possibility that Flynn could have broken federal law by operating as a paid foreign agent for the Turkish client without U.S. government permission.

The U.S. foreign agent law requires disclosure of all written and verbal contracts and modifications.

National security law experts have said the failure to disclose such discussions could spur additional scrutiny of Flynn if Justice Department officials were to determine the missing material was legally significant.