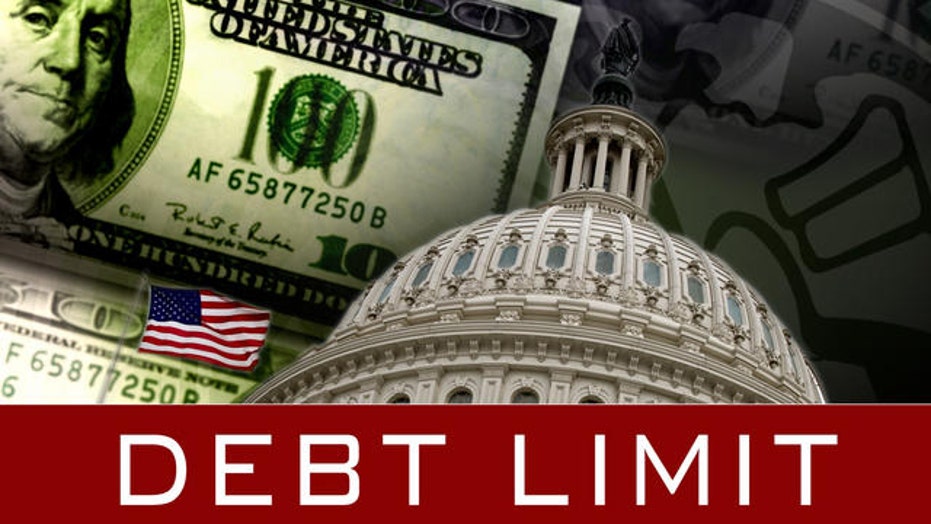 The debt ceiling deadline is coming but what does it mean going forward. John LeBoutillier and Pat Caddell discuss

The move by Democrats comes amid Republican insistence that any increase must include concessions on such fiscal matters as entitlement reform or other spending cuts.

The Senate proposal attempts to eliminate such fights until after the 2014 elections. Details of the proposal were described by officials who spoke on condition of anonymity, saying they were not authorized to discuss a measure that has yet to be made public.

It was unclear when Republicans in the House, who hold a majority, intend to advance debt limit legislation of their own.

Until recently, debt limit increases have not been the target of filibusters; the first in memory came four years ago, when Democrats controlled the Senate with a filibuster-proof 60 votes.

Many Republicans in the Senate, including Minority Leader Mitch McConnell of Kentucky and Whip John Cornyn of Texas, have voted for so-called clean debt limit increases during Republican administrations.

Some Republicans seemed wary of participating in a filibuster that could rattle the stock and bond markets.

"We shouldn't be dismissing anything out of hand, whether it's the debt ceiling or what we're going to do with this government shutdown," Sen. Lisa Murkowski, R-Alaska, said. "We've got a situation where you've got a calendar running, you've got people who are frustrated and upset, so let's figure it out."

Still, the Republican-led House now appears unlikely to accept a deal. Boehner declared Sunday that no debt-ceiling deal can be reached until President Obama negotiates on fiscal issues.

The back-and-forth over extending the government’s borrowing authority increased Monday as the country approaches an Oct. 17 deadline for defaulting on its debt.

It also adds to the already acrid exchanges between the parties as they try to agree on a spending plan to end the now seven-day government slimdown.

The sniping came hours before the House approved a spending bill that would fund FDA food and drug inspections during the slimdown by a vote of 235-162.

Reid spokesman Adam Jentleson said Boehner has a “credibility problem” in part because the speaker has said he does not have enough votes to pass a spending bill to reopen the government that is free of demands to derail ObamaCare or other concessions.

By mid-morning, Boehner spokesman Mike Steele responded, saying some Washington Democrats need to “act like an adult” and accept that ObamaCare and other fiscal issues must be part of any deal to reopen the government.

Their bosses weighed in upon returning to Capitol Hill and taking to the floors of their respective chambers.

"The president's refusal to negotiate is hurting our economy and putting our country at risk,” Boehner said.

On the other side of the Capitol, Reid appeared to try to chide Boehner into holding a vote.

“So I ask the speaker, why are you afraid?” he said. “Are you afraid this measure will pass, the government will reopen, and Americans will realize you took the country hostage for no apparent reason?”

The uncompromising talk rattled financial markets early Monday as stocks slumped. China, which holds $1.277 trillion in U.S. Treasury bonds and stands as the United States' biggest foreign creditor, urged that all efforts be made to avoid a default.

Depending on the Republican response to the Senate’s debt-ceiling proposal, a final vote might not happen until next week, close to the Oct. 17 deadline.

However, the upper chamber is scheduled to vote this week on a bill passed by the House last weekend 407-0 to give back pay to hundreds of thousands of federal workers furloughed in the slimdown.

Republicans have said they will seek long-term deficit cuts or reforms to benefit programs and perhaps a wholesale rollback in environmental rules as the price for raising the current $16.7 trillion debt limit.

The White House again Monday ruled out the president negotiating on fiscal and other issues until the government reopens and the Treasury is free to borrow again.