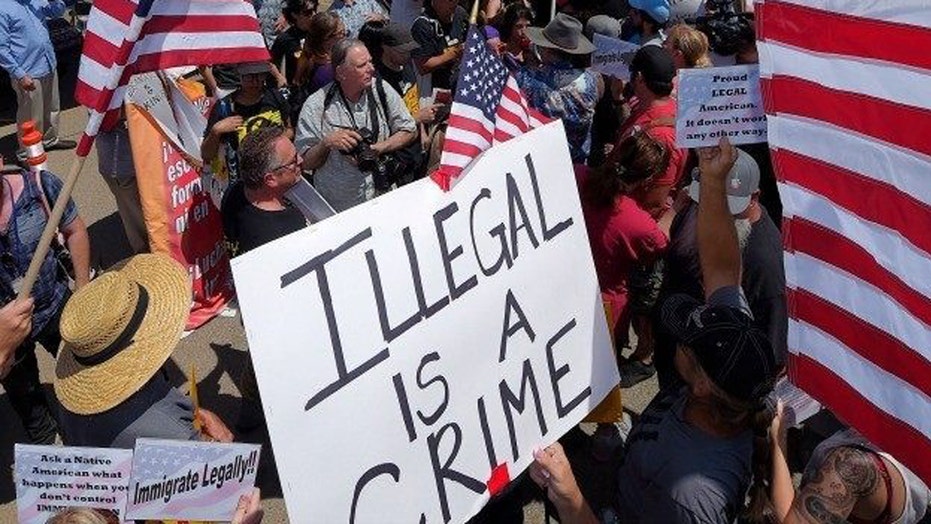 The Republican-controlled Senate failed Wednesday to advance efforts to change federal immigration law -- including one to cut funding to so-called sanctuary cities.

The vote was 53-44, failing to get the minimum 60 votes to begin debate on the issue.

Senate Republicans also failed to get enough votes to advance their proposed Kate’s Law – named after Kate Steinle, who was fatally shot in July 2015, allegedly by an illegal immigrant who had multiple felony convictions and was deported several times prior to the incident.

“How many times does this have to happen?” Pennsylvania GOP Sen. Pat Toomey asked just before the 55-42 vote that failed along party lines. “At some point, a person needs to go to jail. That’s what Kate’s Law does.”

However, Democrats strongly opposed the measures.

In addition, the White House issued a statement after the vote on Kate’s Law, in part saying: “The bill fails to offer the comprehensive reforms needed to fix the Nation's broken immigration laws and would impose severe and unprecedented mandatory minimum sentences that would undermine the discretion of federal judges to make sure the punishment fits the crime in each case.”

Months earlier, Sanchez was in the custody of San Francisco police and slated to be picked up by federal agents. However, the police declined to cooperate and instead released him.

“Sanctuary cities and the criminal aliens they harbor are a threat to the safety of the American people,” Cruz continued. “Yet, San Francisco and jurisdictions around the country still shelter illegal aliens, actively thwarting enforcement of our nation’s immigration laws.”