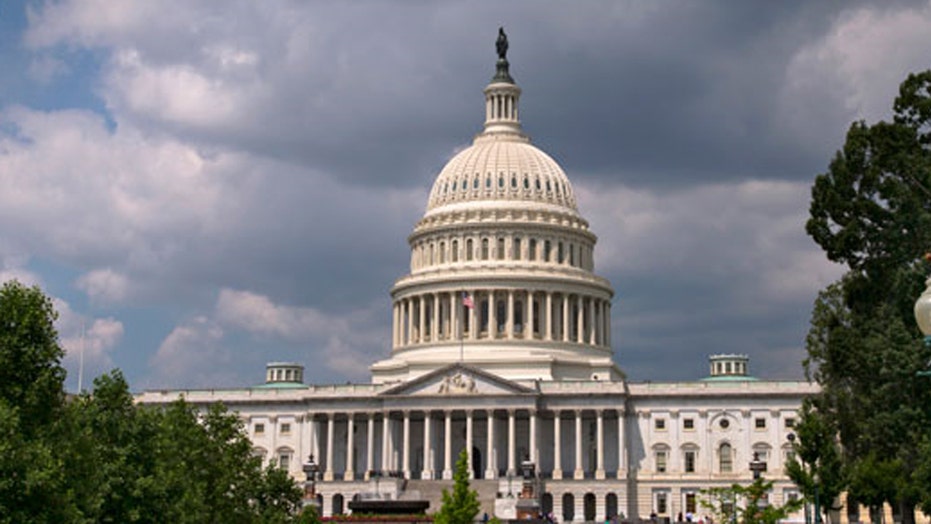 Senators voted 54-42 to move ahead on the legislation, but that fell six short of the 60 votes needed to advance the bill. With Republicans holding 54 Senate seats and the two parties sharply divided over abortion, the outcome was no surprise. But the showdown afforded each side an opportunity to highlight its willingness to fight to its most loyal voters and contributors.

Tuesday's vote came less than 48 hours before a first-ever papal address to Congress. Pope Francis leads a Catholic church that rejects abortion. The vote also came with the fight over Planned Parenthood and abortion enmeshed in presidential election politics and in an approaching fight over avoiding a government shutdown.

"We in this chamber are never going to agree completely on the abortion question," McConnell said. "But we should at least be able to agree that if an unborn child has reached the point where he or she can feel pain, that child's life deserves protection."

Democrats have noted that the American Congress of Obstetricians and Gynecologists has said fetal pain is unlikely until a pregnancy's third trimester. That begins several weeks after the 20-week mark the bill sets as the starting point for an abortion ban.

The Republican bill would set criminal penalties of up to five years in prison for doctors who perform most abortions 20 weeks or more into pregnancy. The House approved the legislation in May.

Sen. Lindsey Graham, R-S.C., a presidential candidate and sponsor of the legislation, said the U.S. is one of just seven countries allowing abortions after 20 weeks and said: "America needs to get out of this club."

About 1 percent of reported abortions involve pregnancies of 20 weeks or more, according to the federal Centers for Disease Control and Prevention.

Republicans hoped that simply allowing a vote on the bill -- which Democrats would not allow when they controlled the Senate -- would appeal to socially conservative voters and create campaign problems for Democratic senators from GOP-leaning states. By opposing the legislation and casting the battle as one over access to women's health care, Democrats saw an opportunity to appeal to female and younger voters.

Tuesday's vote came with Republicans trying to halt the $450 million in federal funding that goes yearly to Planned Parenthood, about a third of its overall budget. Senate Democrats blocked a GOP bill last month that would have cut off Planned Parenthood's federal dollars, and McConnell has said the effort won't succeed unless President Barack Obama is replaced by a Republican president in next year's elections.

Lawmakers' focus on abortion intensified thanks to clandestinely recorded videos showing Planned Parenthood officials describing how they sometimes send fetal tissue to medical researchers. Some conservatives want the Planned Parenthood cutoff included in legislation financing government agencies, which would all but guarantee an Obama veto and a partial government shutdown on Oct. 1.

Abortion foes say the videos show Planned Parenthood has violated federal prohibitions against profiting from fetal tissue sales or changing some abortion procedures to maximize the harvesting of fetuses' organs. Planned Parenthood says it's broken no laws and says the videos were dishonestly manipulated to distort the recorded conversations.

Under the bill blocked Tuesday, late abortions would be allowed for pregnant women whose lives are endangered or who are victims of rapes for which they've received counseling or medical treatment. Minors made pregnant by rape or incest would be exempted if they'd reported the assault to government authorities.

Doctors performing a permissible late-term abortion would have to try saving the fetus' life if possible, including having a neonatal specialist present and hospitalizing the newborn. Democrats say such requirements are designed to intimidate doctors out of performing abortions.

Forty-three states have barred abortions after specific stages of pregnancy, including 22 that do so after at least 20 weeks, according to the Guttmacher Institute, a reproductive-rights research group.