Sen. Rubio on Biden policy toward China: US has a commitment to defend Taiwan

Sen. Marco Rubio, R-Fla., weighs in on the Biden administration defending Taiwan, as the U.S. Destroyer sails through the Taiwan Strait.

The Senate Foreign Relations Committee on Thursday approved President Biden’s U.N. ambassador nominee, Linda Thomas-Greenfield, but only after objections and a delay in the vote due to concerns raised by Republicans about a pro-China speech she once gave in 2019.

Thomas-Greenfield was approved 18-4 by the committee, but the vote in the full Senate was delayed until next week following a procedural move by Sen. Ted Cruz — the first major foreign policy headache for the Biden administration with Senate Republicans.

"At a time when China I believe poses the single greatest geopolitical threat to the United States in the next century, we need a U.N. ambassador who will stand up to China, China’s pervasive influence at the United Nations, and given her record, I have no confidence that this nominee would do so," said Sen. Cruz, R-Texas.

The controversy is over a 2019 speech Thomas-Greenfield gave on "China-U.S.-Africa Relationships" at the Savannah State University Confucius Institute’s fifth-anniversary lecture event.

The speech, excerpts of which were reported by The Washington Post, called Chinese intervention in Africa a "win-win-win situation" in which the communist regime and the U.S. could promote good governance, gender equity and the rule of law. 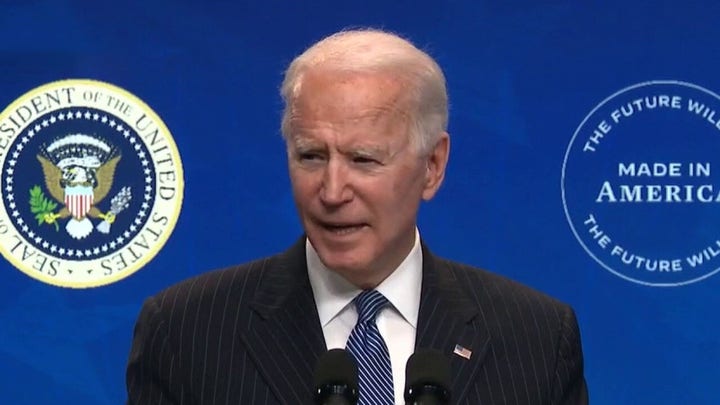 "I see no reason why China cannot share in those values," she said. "In fact, China is in a unique position to spread these ideals given its strong footprint on the continent."

She was asked about the speech by both Democrats and Republicans at her confirmation hearing and expressed regret for the words. She said she now supports efforts to crack down on the Confucius Institute.

"Truthfully, I wish I had not accepted this specific invitation and I came away from the experience frankly alarmed at the way the Confucius Institute was engaging with the Black community in Georgia," she said.

WHO IS LINDA THOMAS-GREENFIELD?

She also promised a muscular approach to China at Turtle Bay:

"We know China is working across the U.N. system to drive an authoritarian agenda that stands in opposition to the founding values of the institution -- American values," she said. "Their success depends on our continued withdrawal. That will not happen on my watch."

Following the initial confirmation hearing, Cruz tweeted out a series of examples in which she showed her praise of the Chinese Communist party both before and after her speech at the Confucius Institute, noting that the 2019 speech was not a one-off.

Those tweets included one of her saying she wasn't concerned about China's growing power in Africa. Another tweet, in 2013, said she did not see the U.S. as competing with China in Africa.

On Thursday, Democrats on the committee pointed to those remarks to argue that she would be tough on Beijing despite the speech.

"You can reach back and find speeches, comments and addresses from presidents, CEOs, senators and diplomats of both parties over decades saying positive and complimentary things about China and its future," Sen. Chris Coons, D-Del., said. "And if we want to play a game where we reach back and point to something that was done here and there that was positive about China, we can play Punch and Judy almost indefinitely on a partisan basis."

Meanwhile, Sen. James Risch, R-Idaho, called her professional qualifications "impressive" and said he was "not willing to allow one speech to define one person’s career," although he said her qualifications on China and the Middle East were "a little light."

The stalling of the vote by Cruz was criticized by Ned Price, the State Department's spokesman, who told reporters Wednesday that, "if we are going to hold China to account, we need a confirmed ambassador to the U.N., a confirmed United States Permanent Representative to the U.N."

"Ambassador Thomas-Greenfield has been sounding the alarm on China for decades now," he said.

He added: "The Biden administration is prepared to out-compete the Chinese across the board, including at the U.N., and it’s important that, to that end, she be swiftly confirmed."

One person familiar with the temperature of Republicans on the issue told Fox News that a few more Senate Republicans might be taking notice of her perceived sympathies toward Beijing, which could potentially lead to more "No" votes. While probably unlikely to stop the nomination, it could be enough to have caused the Biden administration its first real bust-up with Senate Republicans on foreign policy.

Sen. Marsha Blackburn, R-Tenn., signaled that she was thinking hard about whether to vote for Thomas-Greenfield when the full Senate meets to vote on her nomination.

"Through its destabilizing actions at the United Nations, China poses a direct threat to the United States and our partners and allies," she said in a statement. "Ambassador Thomas-Greenfield’s past comments and actions do not reflect an understanding of this reality. It is unseemly to have a U.N. Ambassador that has spoken glowingly of the Chinese Communist Party and has given paid speeches to CCP-run Confucius Institutes."

Blackburn has been one of the most outspoken voices in the Senate when it comes to China and has sponsored legislation to reign in its influence.

Hugh Dugan, a former U.S. delegate to the United Nations, where he served under 11 ambassadors, told Fox News that the delay forced by Cruz "will make [Thomas-Greenfield] more effective in the job, showing the Chinese at the U.N. that she is under undeniable pressure from Washington to visibly counter China’s campaign of malign intent, 'to occupy' the U.N. and hijack the U.N. brand to China’s ambitious hegemonic purposes in the world."

Dugan said he was glad to see team Biden "continuing the Trump program of countering China at the U.N." and pointed to the fact a special office was set up in the State Department’s office of International Organizations to counter China, and "that the Biden administration is wisely deploying going forward."