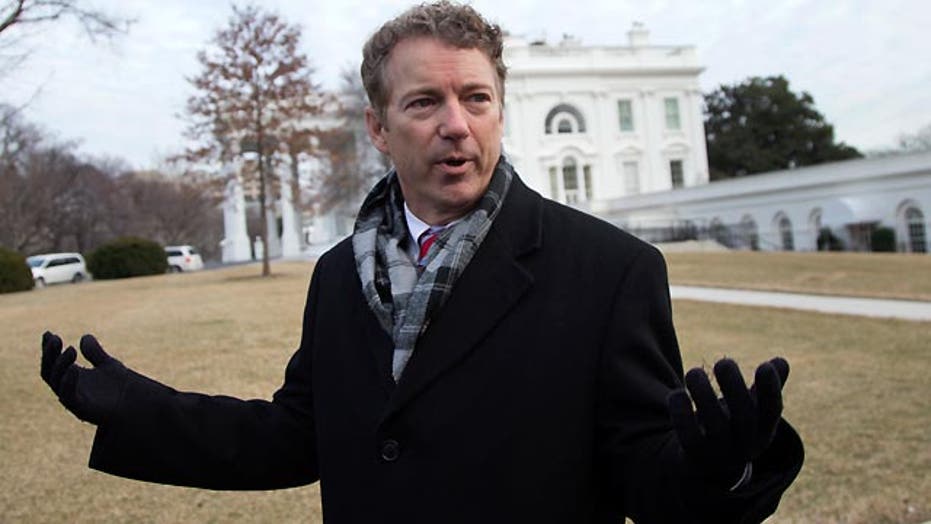 Opening up old wounds in the fight over 'war on women'

"He took advantage of a girl that was 20 years old and an intern in his office," said Paul, R-Ky. "There is no excuse for that, and that is predatory behavior."

Paul's invocation of intern Monica Lewinsky comes as Democrats have been redoubling their efforts to paint the GOP as a party that stands opposed to women on issues such as contraception, abortion rights and equal pay. In the wake of losing back-to-back presidential elections, the GOP has tried to improve its outreach to female voters, who reliably support Democratic candidates.

The GOP's efforts stumbled this week, when former Arkansas Gov. Mike Huckabee linked women's "libido" and government-sponsored birth control while addressing the Republican National Committee. While Huckabee said Democrats were the ones who were patronizing to women, his comments spun out of control, and Democrats quickly seized on the phrasing to underscore their campaign.

Paul, rejecting the criticism of the GOP, said Democrats should look at their most recent former president and his infidelity. Clinton's sexual relationship with Lewinsky was among the reasons the House cited in voting to impeach Clinton in 1998. The Senate acquitted him.

"Someone who takes advantage of a young girl in their office? I mean, really. And then they have the gall to stand up and say, `Republicans are having a war on women?"' Paul told NBC's "Meet the Press."

Paul's remarks come as he weighs a presidential campaign in 2016 -- an endeavor that could bring him face to face with former first lady Hillary Rodham Clinton, if she, too, decides to run for the White House.

Paul said that Bill Clinton's infidelity shouldn't be used against Hillary Rodham Clinton if she seeks the Democratic nomination for president. "Now, it's not Hillary's fault," he said.

But of the Clintons, he added "sometimes it's hard to separate one from the other."

Paul's comments track with what his wife said about Bill Clinton in a recent profile.

"I would say his behavior was predatory, offensive to women," Kelley Ashby told Vogue, adding that Lewinsky affair should complicate his return to the White House as first gentleman.