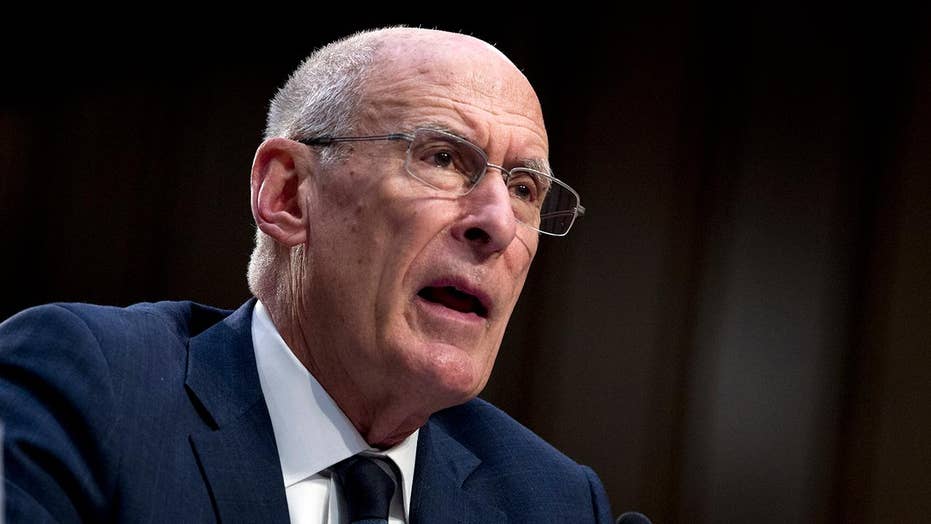 Not long after President Trump said the nation's intelligence chiefs were "naive" about Iran and perhaps should "go back to school," Senate Minority Leader Chuck Schumer suggested that it was the president who needed tutoring.

Schumer, D-N.Y., called on Dan Coats, director of national intelligence, to stage an intervention with Trump after the president took the unusual move Wednesday of criticizing Coats, CIA Director Gina Haspel and FBI Director Christopher Wray after their Tuesday appearance before the Senate Intelligence Committee.

"President Trump's criticism of the testimony you and other intelligence leaders provided to Congress yesterday was extraordinarily inappropriate," Schumer wrote to Coats, adding later that "I believe it is incumbent on you, Director Wray and Director Haspel ... to impress upon him how critically important it is for him to join you and the leadership of our Intelligence Community in speaking with a unified and accurate voice about national security threats."

The intelligence chiefs had told the Senate panel that North Korea was unlikely to dismantle its nuclear arsenal and that the Iran nuclear deal was working -- assessments that drew responses from the president via Twitter.

Trump insisted that the U.S. relationship with North Korea "is the best it has ever been," and pointed to a halt in nuclear and missile tests by North Korea, the return of some U.S. service members’ remains and the release of detained Americans as signs of progress. A second Trump-Kim meeting is expected in February.

The U.S. intelligence agencies also said Iran continues to work with other parties to the nuclear deal it reached with the U.S. and other world powers. In doing so, they said, it has at least temporarily lessened the nuclear threat. In May 2018, Trump withdrew the U.S. from that Obama-era accord, which he called a terrible deal that would not stop Iran from going nuclear.

Schumer's letter to Coats essentially echoed what many Democrats said in the aftermath of Trump’s tweets.

Sen. Mark Warner, the senior Democrat on the Senate’s intelligence panel, said in a tweet that, "The President has a dangerous habit of undermining the intelligence community to fit his alternate reality. People risk their lives for the intelligence he just tosses aside on Twitter."