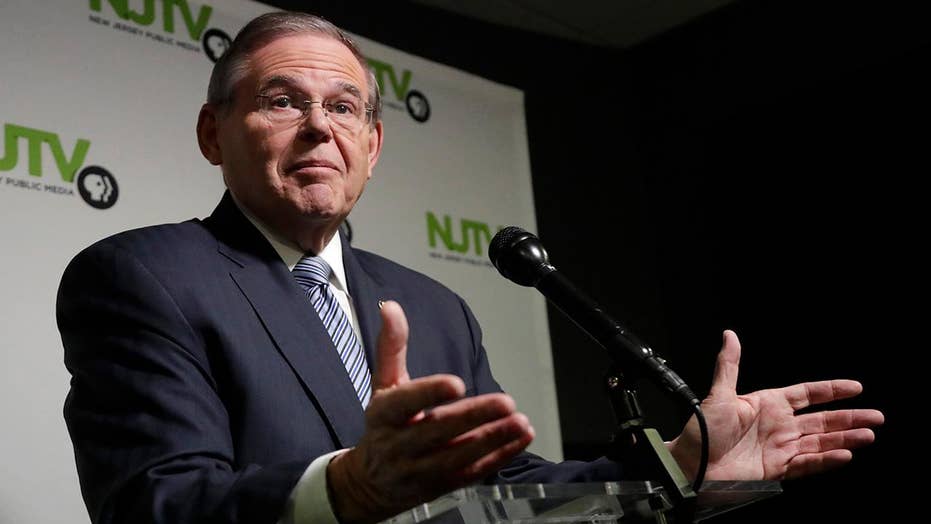 Senate Minority Leader Chuck Schumer spent another couple of million dollars on incumbent New Jersey Sen. Bob Menendez’s re-election campaign this week as his lead over Republican Bob Hugin has narrowed in recent polls and moved from “lean Democratic” to a “toss-up.”

The Senate Democrats’ super PAC has spent more than $5 million in New Jersey. This week, Schumer announced it would move another $2.8 million to Menendez, on top of the $3 million shifted to New Jersey last week, in an effort to secure Menendez’s seat for another term.

Hugin’s campaign has outspent Menendez 3-1, with the majority of the funds going toward brutal TV ads. But Hugin said Schumer’s “last-minute” spending was out of desperation.

“Schumer has now about $7 million against us in New Jersey, plus other outside forces have come against us,” Hugin told “Fox & Friends” Saturday morning. “It’s really a desperate last-minute gasp to save a failing politician who for 25 years has failed the state of New Jersey both morally and financially, failing to deliver for the people.”

According to Cook Political Report, the race, which has become unexpectedly competitive, was once labeled as “lean Democratic.” By this week, the group moved New Jersey’s Senate race to the “toss-up” column.

“The contest isn’t about anything else but Democratic U.S. Sen. Bob Menendez and his ethics problems,” Cook Political Report’s Jennifer Duffy wrote. “The biggest threat to Menendez’s re-election is not so much Hugin than it is the voter who goes to the polls and decides to send Menendez a message, much the way many did in the primary when 38 percent voted for his unknown primary opponent.”

But Fox News’ Power Rankings, Inside Elections, and Larry Sabato’s Crystal Ball (at the University of Virginia Center for Politics) still lists the race as “likely Democratic.”

In the deep-blue state, Menendez’ campaign has fought back by trying to tie Hugin to President Trump’s policies, calling him “another vote for Trump.” The senator also has vehemently defended himself against Hugin’s latest attacks. 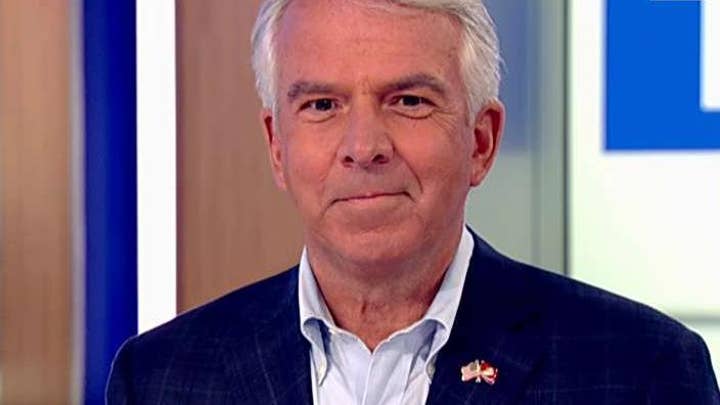 The highest-profile of those was an ad that revived allegations that Menendez had sex with underage prostitutes during past trips to the Dominican Republic.

At a press conference earlier this month, Menendez called the ad “despicable” and “desperate.”

“These are lies,” Menendez said. “I know it. You know it. And Bob Hugin damn sure knows it as well.”

Menendez has long denied the allegations as a smear since they first surfaced on a news site in 2012.

“It stoops so low with its bogus lies that it might as well been directed by Donald Trump himself,” the Democratic senator said.

In 2015 court papers, prosecutors said the FBI investigated Menendez and donor Salomon Melgen after being presented “with specific, corroborated allegations” they had sex with underage prostitutes, though they decided against bringing any charges on those claims. (Melgen was later convicted in a separate Medicare fraud case, and sentenced to 17 years in prison.)

New Jersey hasn’t elected a Republican to the Senate in 46 years, but Hugin thinks he can change that, calling himself “a Jersey guy.”