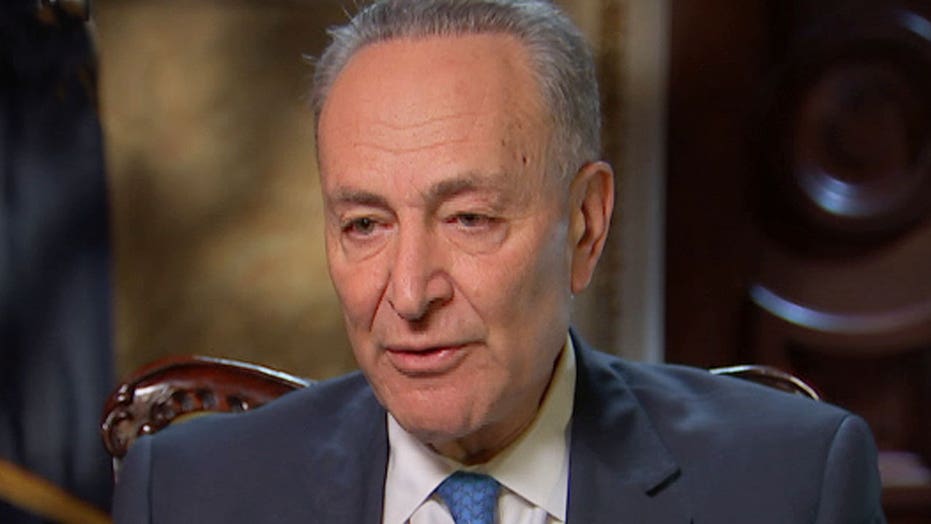 President-elect Donald Trump is perhaps looking for a Democratic political ally in Sen. Chuck Schumer, considering the native New Yorkers’ long-time acquaintance. But the new Senate minority leader on Sunday made clear his limitations about any bipartisan efforts with the next president -- especially on ObamaCare or easing banking regulations.

Schumer told “Fox News Sunday” that he and Trump could compromise on several different issues, considering Trump’s campaign “echoed the views of Democrats.”

He suggested bipartisan support on tax reform, a comprehensive transportation bill and an infrastructure spending bill -- even within the first 100 days of the Trump administration, which begins January 20.

“I think blue-collar America voted for Donald Trump more on Democratic issues than on Republican issues,” said Schumer, who next year replaces retiring Nevada Sen. Harry Reid as the chamber’s top Senate Democrat. “We will work with him on those issues.”

As Schumer spoke Sunday on several morning talk shows, Trump tweeted: “I have always had a good relationship with Chuck Schumer. He is far smarter than Harry R and has the ability to get things done. Good news!”

However, Schumer, now among the last of the old guard Washington Democrats, made clear that Trump will get a fight if and when he tries to fulfill campaign promises to repeal ObamaCare and the Dodd-Frank banking-reform law.

“ObamaCare, he won't be able to do it,” Schumer said. “Forget about repealing or modifying Dodd-Frank.”

Trump could perhaps use his executive powers. And while Republicans control the White House and both chambers of Congress, they still don't have the 60-vote majority in the Senate needed to pass most legislation in the upper chamber.

Schumer also expressed opposition to Trump’s vow to “build a wall” along the southern U.S. border to keep out illegal immigrants unless he includes a plan for immigration reform.

“Put it all together,” said Schumer, who disagrees with the largely-held conservative argument that the first step to reform is to secure American borders.

Schumer, a member of the Senate Judiciary Committee, also made clear that Alabama GOP Sen. Jeff Sessions, Trump’s pick as the next U.S. attorney general, is “going to need a very thorough vetting.”

Sessions, a former federal prosecutor, made comments in the past about gays, minorities and women that have hurt his career.

“Many of those statements, they're old, but they're still troubling,” Schumer said in the pre-taped interview. “There are lots of questions that have to be asked.”

He suggested his support for Sessions will depend largely on whether Sessions is committed to having a strong Civil Rights Division in the Justice Department.

Vice President-elect Mike Pence expressed confidence earlier on “Fox News Sunday” that the Senate confirmation hearings on Sessions will consider the "totality of his record" and that Sessions will indeed be confirmed.

"I'm confident he'll be our next attorney general," Pence said.

He said Trump’s infrastructure plan has to be “large and bold” and that it cannot be done merely through just tax credits or by cutting the basics “like Medicare and education.”