The communications Director for Senator Chuck Schumer was forced out of his role due to ‘inappropriate encounters.’

Senate Democratic leader Chuck Schumer on Thursday ripped into Republicans for planning to force a vote on the Green New Deal, calling the plan a "stunt," a "cheap, cynical ploy" and "a game of political gotcha."

“The Republican leader announced he's going to bring up a resolution he intends to vote against,” Schumer said on the Senate floor. “Now that is what the American people hate about Congress -- the pointless partisan games.”

Schumer is the latest Democrat to criticize Senate Majority Leader Mitch McConnell for calling a vote on the plan that many in the party have already rallied behind. Still, Schumer, joined by colleagues on the Senate floor, said: "Bring it on." He said Democrats "believe that we need to do something about climate change" and added: "Do Republicans?"

Earlier this week, McConnell said that the Senate will vote on the Green New Deal – endorsed by nearly all top 2020 Democratic presidential candidates – in an effort to force Democrats to officially go on the record for the radical proposal. 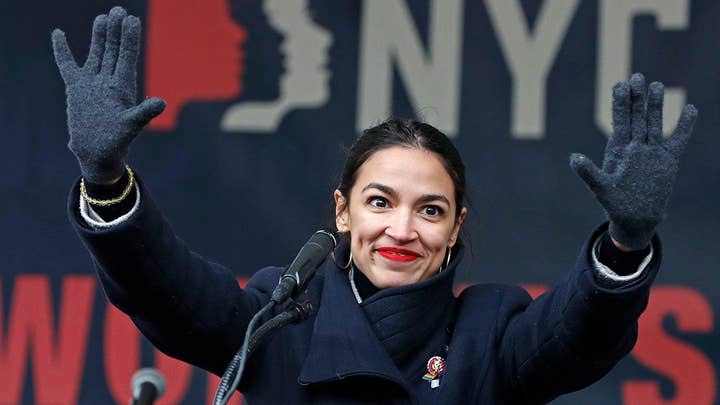 “I’ve noted with great interest the Green New Deal,” McConnell told reporters. “And we’re going to be voting on that in the Senate. We’ll give everybody an opportunity to go on record and see how they feel about the Green New Deal.”

The proposal, put forward by Rep. Alexandria Ocasio-Cortez, D-N.Y., aims to transform the country's economy in a bid to combat climate change. It recently came under scrutiny after revelations that a related FAQ document included passages promising a job to “all people of the United States” – including those “unwilling to work” – and suggesting air travel could be made obsolete.

“We set a goal to get to net-zero, rather than zero emissions, in 10 years because we aren’t sure that we’ll be able to fully get rid of farting cows and airplanes that fast,” the now-deleted document also read.

But McConnell’s move to bring the plan to a vote on the Senate floor will be a key test for Democratic presidential candidates such as Sens. Kamala Harris, Cory Booker, Elizabeth Warren, Kirsten Gillibrand, who are running on the progressive platform in 2020. 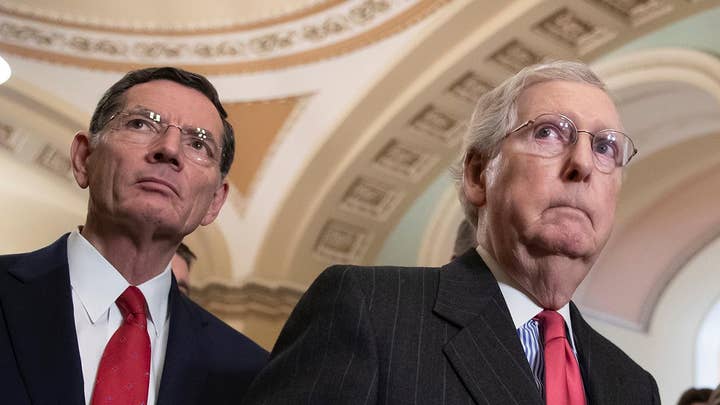 While backing of the far-left proposal will ultimately improve their liberal bona fides and their support from the Democratic base, the support of the plan will undoubtedly be the target of attacks during the general election.

President Trump has already begun attacking the Green New Deal, claiming it would “shut down American energy” and describing it as “a high school term paper that got a low mark” during a rally Monday in El Paso, Texas.

Corbin Trent, a spokesman for Ocasio-Cortez, said that McConnell’s plan to bring the plan to the vote will only show “just how out of touch Republican politicians are with the American people.”

“Don’t let Mitch McConnell fool you: this is nothing but an attempt to sabotage the movement we are building. He wants to silence your voice so Republicans don’t have to explain why they are climate change deniers. McConnell wants this to be the end, this is just the beginning,” Markey said.

Fox News’ Chad Pergram and Lukas Mikelionis and The Associated Press contributed to this report.