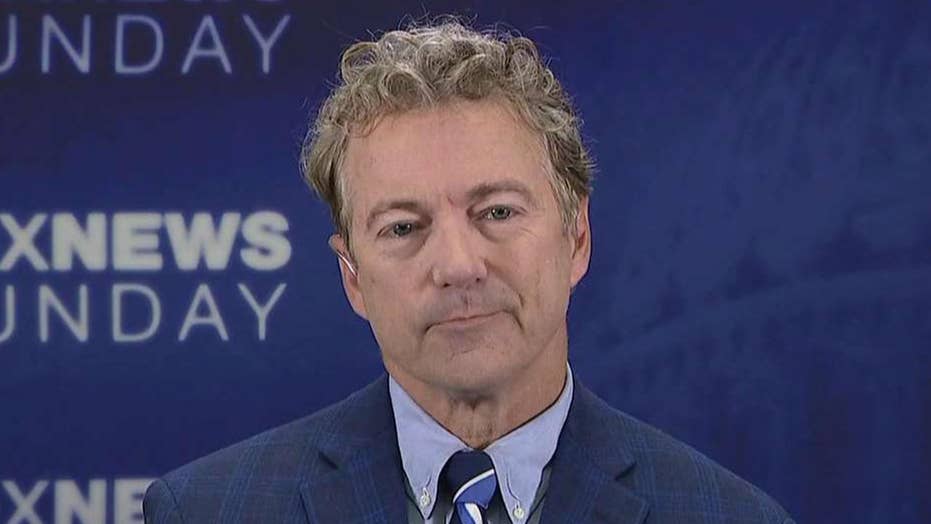 Paul on what Khashoggi's death means for US-Saudi relations

The Saudis say columnist Jamal Khashoggi was killed in a fistfight in their consulate in Istanbul; reaction from Republican Senator Rand Paul, a longtime critic of U.S. policy in the Middle East.

The Saudi government's overnight announcement that Washington Post contributor Jamal Khashoggi died in a fistfight at its consulate in Turkey was "insulting," and provided another reason Crown Prince Mohammad Bin Salman is "gonna have to be replaced," Sen. Rand Paul, R-Ky., told "Fox News Sunday."

Authorities in Saudi Arabia said 18 suspects were in custody and intelligence officials had been fired over the episode, weeks after they initially claimed Khashoggi had left their embassy unharmed. Turkish officials have said an "assassination squad" from the Kingdom, including an official from Prince Mohammed's entourage, and an "autopsy expert" flew in ahead of time and laid in wait for Khashoggi at the consulate.

Khashoggi, a prominent journalist and royal court insider for decades in Saudi Arabia, had written columns for The Washington Post critical of Prince Mohammed and the Kingdom's direction while living in self-imposed exile in the U.S. He had advocated for democracy in Saudi Arabia, even as he supported the Muslim Brotherhood and acknowledged that the advance of Islamist politics would be a necessary result of democracy in the region.

"Preliminary investigations conducted by the Public Prosecution showed that the suspects had traveled to Istanbul to meet with the citizen Jamal Khashoggi as there were indications of the possibility of his returning back to the country," a statement by the Saudi government read. "Discussions took place with the citizen Jamal Khashoggi during his presence in the consulate of the Kingdom in Istanbul by the suspects (that) did not go as required and developed in a negative way, leading to a fistfight. The brawl led to his death and their attempt to conceal and hide what happened."

The Saudi statement didn't implicate the heir-apparent of the world's largest oil exporter, and cited no evidence for its claims beyond anonymous sources. Paul, who serves on the Senate Foreign Relations Committee, said that the government's explanation didn't add up.

"I think it’s insulting to anyone who’s analyzing this with any kind of intelligent background to think that, oh, a fistfight led to a dismemberment with a bone saw," Paul said, referring to unconfirmed reports that the Saudi squad at the embassy included a man toting a bone saw. (Nebraska Republican Sen. Ben Sasse similarly told CNN's "State of the Union" on Sunday that "you don't bring a bone saw to an accidental fist fight. ... The Saudis have said a whole bunch of crap that's not right, accurate, or true.")

Paul added: "I think we should put this brazen attack, this brazen murder in context with Saudi Arabia. Saudi Arabia has basically over the decades been the largest state sponsor of radical Islam and violent jihad. They sponsor thousands of madrassas that teach hatred of Christians and Jews and Hindus around the world. So this isn’t the first instance, this is just another in the line of long instances of Saudi insults to the civilized world."

The Kentucky senator said the solution was for new leadership in Saudi Arabia -- a proposal echoed by Sen. Lindsey Graham, R-S.C., who said on Fox News last week that Crown Prince Mohammad Bin Salman "has got to go." 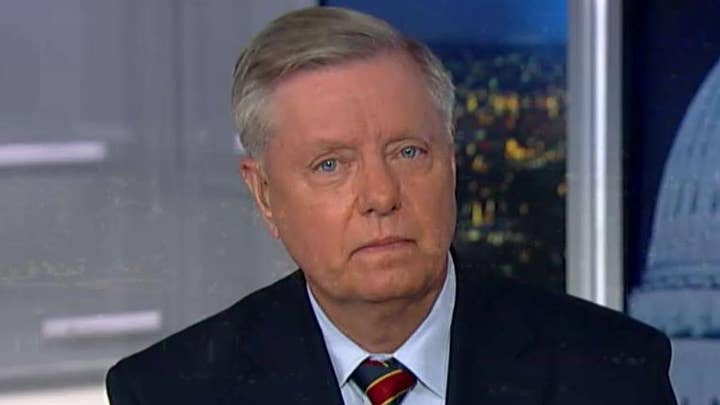 "I feel certain that the crown prince was involved and that he directed this," Paul told host Chris Wallace on Sunday. "And that’s why I think we cannot continue to have relations with him. And so I think he’s gonna have to be replaced, frankly."

President Trump has said he has no plans to cancel the U.S.' billion-dollar arms deal with the Saudis, saying "we would be punishing ourselves" by killing the arrangement, which he called a "tremendous order for our companies." Saudi Arabia could simply turn around and purchase weapons from another supplier if the U.S. pulled out, Trump said.

In a statement published by the state-run Saudi Press Agency, the kingdom warned that if it "receives any action" form the U.S., " it will respond with greater action, and that the Kingdom's economy has an influential and vital role in the global economy."

However, Paul said, even imposing possible sanctions against Saudi Arabia and pulling out of the arms deal may be insufficient if the country's behavior doesn't change.

"I’m not even calling for sanctions really against Saudi Arabia, in general. I don’t think we should quit trading with Saudi Arabia. I think we should specifically quit aiding and abetting them in an aggressive war in Yemen ... where tens of thousands of civilians are being killed. It’s about them spreading hatred of Christians and Jews and Hindus throughout the world."

He continued: "I don’t think we need the Saudis; the Saudis need us much more than we need them. We have incredible leverage: Their air force is entirely American planes. They can’t last a couple of months without parts and mechanics to help run their air force. We train their pilots; they are completely dependent on us. We need to tell them to behave."

Separately, Paul criticzied Trump's decision to pull out of a decades-old nuclear agreement with Russia, calling it a "big, big mistake." Britain has voiced support for the Trump administration's decision, saying Russia had been violating the arrangement for y ears.