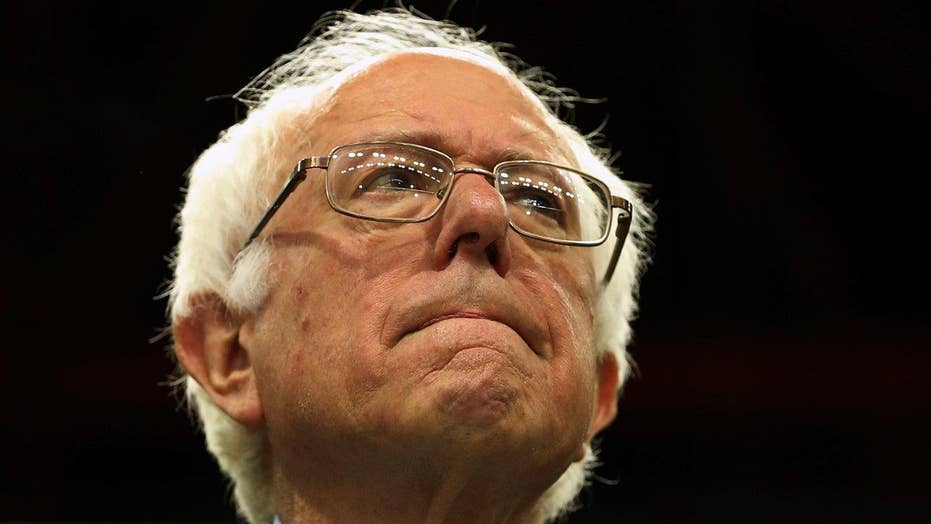 Bernie Sanders’ new Jewish outreach coordinator is under fire -- and reportedly has been suspended -- over controversial and profane remarks she made on social media about Israel and Prime Minister Benjamin Netanyahu.

Simone Zimmerman has a history of scathing criticism about Israeli's policies, but prompted particular outrage from Jewish groups over a newly uncovered Facebook rant.

The Washington Free Beacon first obtained screenshots of Zimmerman’s remarks, posted on Facebook in March 2015, in which she called Netanyahu “an arrogant, deceptive, cynical, manipulative a**hole,” accused him of sanctioning the murder of 2,000 people the prior summer, and said “F**k you Bibi.”

“He is the embodiment of the ugliest national hubris and tone deafness towards the international community,” she wrote.

She later modified some of the language, the Free Beacon reported.

The New York Times, citing a Sanders spokesman, reported late Thursday that Zimmerman had been suspended from her role, having only been hired for the job Tuesday.

The campaign did not respond to FoxNews.com’s requests for comments.

The Netanyahu comments were far from her only Israel smackdown. In February, she wrote an opinion piece for Haaretz in which she blasted "rampant racism in Israeli society" and called for "the community to stop willfully blinding itself to the disastrous reality of holding millions of Palestinians under military occupation."

Jordana Brown, a blogger for the Jewish Press wrote an open letter to Zimmerman calling her “a leftist American Jew who cares more about literally everything than Israel and your people.”

“You are so dangerous to American and world Jewry, you can’t even imagine,” Brown wrote.

"The Bernie Sanders campaign has utterly abandoned any effort to reach out to Jews," he wrote.

“No amount of word changes can cure her ugly characterization of the Prime Minister of Israel and the Israeli army and people defending themselves,” Foxman said.

The controversy is flaring ahead of next week's New York primary, for which Sanders and Clinton are fiercely competing for votes.

While Zimmerman did not come up at their debate in Brooklyn Thursday night, the issue of Israel was a flashpoint.

Sanders said in the debate that he is “100 percent pro-Israel” but also described some of Israel's military actions as disproportionate and called for a more even-handed approach in working with the Palestinians.

“There comes a time when if we pursue justice and peace, we are going to have to say that Netanyahu is not right all of the time,” he said.

Zimmerman has received support from some Jewish supporters of Sanders.

On principle, we’re not going to allow right-wingers bully us into burning our friend Simone. #NotApologizing

Peter Beinart, an editor for The Atlantic who also writes for Haaretz.com, criticized Sanders for challenging Clinton in Thursday's debate in New York on the subject of Israel but not backing Zimmerman.

Hey @BernieSanders, what's point of standing up to @HillaryClinton during debate if you simultaneously throw @simonerzim under bus