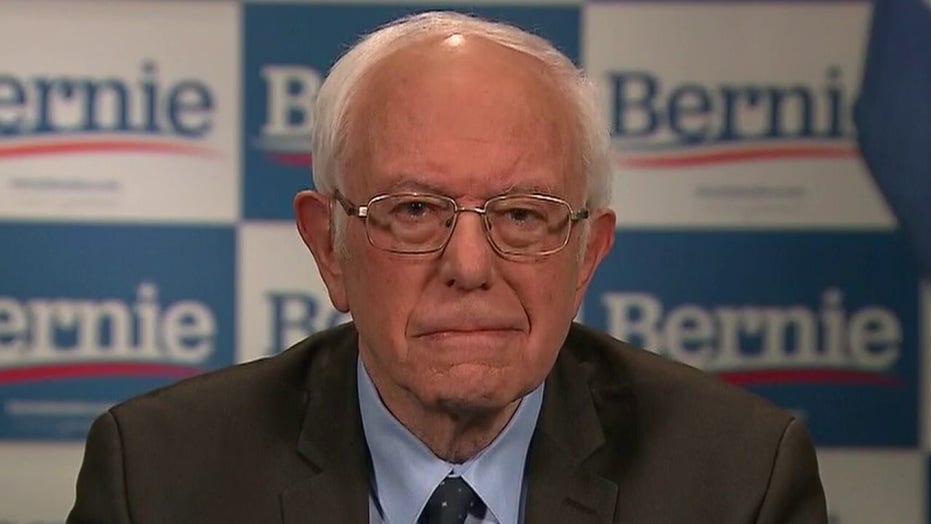 Sen. Bernie Sanders, I-Vt., is gearing up for a tough battle with Joe Biden as the two head into another week of crucial primary elections, claiming Sunday that the former vice president may be congratulating himself too much for President Obama's accomplishments.

Biden has questioned Sanders' ability to get things done in Washington, pointing to his own record -- particularly his time in the Obama White House -- as evidence that he is best poised to defeat President Trump and then be an effective president. He recently cited his efforts toward the automobile industry bailout, as he prepares for Tuesday's Michigan primary.

BIDEN, SANDERS BATTLE FOR WORKING-CLASS VOTERS AHEAD OF MICHIGAN PRIMARY

"Well the auto bailout was done by the Obama administration, and it was a step forward," Sanders acknowledged. "But I think sometimes Joe is taking a little bit of credit as vice president for initiatives that were led by President Obama and by many members of the Congress."

Sanders also pointed to Biden's support for the Wall Street bailout and the Iraq war as negative marks on Biden's record.

Sanders was off to a strong start in the first three contests in Iowa, New Hampshire and Nevada, but currently finds himself trailing former Vice President Joe Biden, who saw a resurgence in South Carolina and 10 out of 14 Super Tuesday states last week.

Looking ahead to Michigan, Sanders expressed confidence that he will be victorious, but made clear that he is in the race for the long haul. He emphatically stated that he would not drop out if he loses there.

The Vermont senator also noted the importance of him and Biden not dragging each other down in their primary battle, as they share the common goal of unseating President Trump.

"Biden and I, no matter who wins this thing, will be together in defeating Trump."