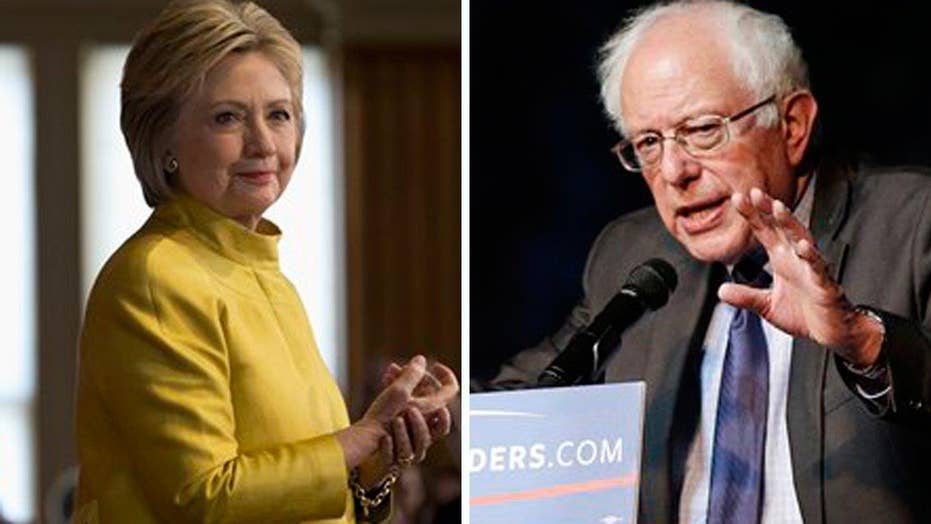 Bernie sweeps Saturday contests; Can he capitalize on this new momentum?

Bernie Sanders took aim Sunday at what he called an “obscene” Hillary Clinton fundraiser with George and Amal Clooney, where guests will be offered the chance to sit with the former secretary of state -- and the famous Hollywood couple -- for $353,400.

Politico first reported on the San Francisco fundraiser, taking place at the home of venture capitalist Shervin Pishevar – one of two planned fundraisers for the Democratic front-runner featuring the Clooneys.

For two seats at the head table at the April 15 fundraiser, a couple must either contribute or raise $353,400. For the April 16 fundraiser in Los Angeles, tickets are $33,400 to dine at the Clooney table, Politico reported. Both events are for the Hillary Victory Fund.

“It is obscene that Secretary Clinton keeps going to big money people to fund her campaign," Sanders said on CNN’s "State of the Union" Sunday.

“I have a lot of respect for George Clooney. He’s a great actor. I like him,” Sanders said. “But this is the problem with American politics … big money is dominating our political system. And we are trying to move as far away from that as we can.”

Sanders said he was not criticizing Clooney himself, but the “corrupt campaign finance system” he is helping.

“It’s a criticism of a corrupt campaign finance system, where big money interests, and it’s not Clooney, it’s the people coming to this event, have undue influence on the political process,” he said.