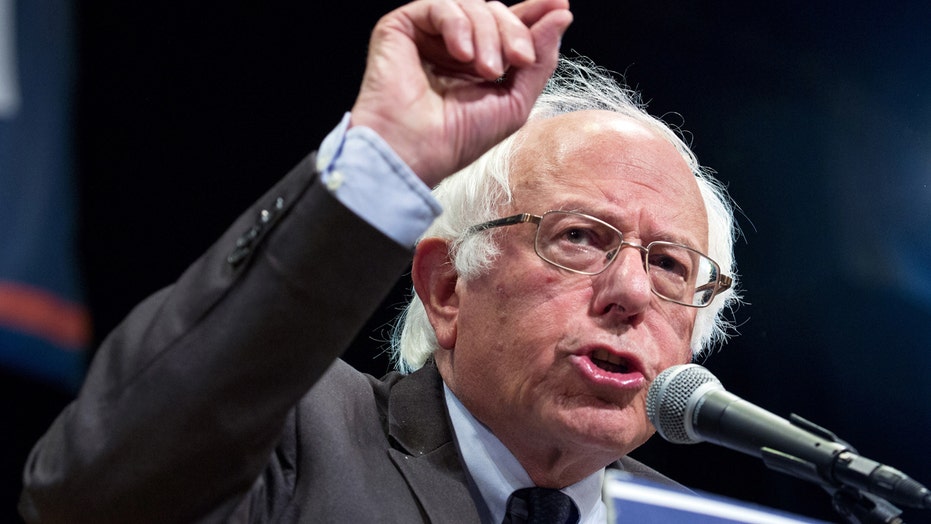 PHILADELPHIA – The Democrats begin Day One of their convention Monday still facing the potential for rowdy protests from Bernie Sanders’ delegates and supporters, despite the ouster of Democratic National Committee leader Debbie Wasserman Schultz serving as a peace offering to liberal factions of the party that have accused her of tipping the scales for Hillary Clinton.

Sanders supporters were angry over leaked emails that show the Florida congresswoman and her team blasting Sanders and discussing ways to undermine him.

While her resignation could calm that storm, the liberal wing still appears intent on protesting over other grievances including Clinton, the party’s presumptive presidential nominee, picking Sen. Tim Kaine of Virginia as her running mate.

Norman Solomon, a Sanders delegate from California, said Sunday that Clinton picking a centrist like Kaine is an “assault” on the progressive agenda. He said the roughly 1,250 Sanders delegates connected to his Bernie Delegates Network are considering walking out during the Virginia senator’s expected acceptance speech at the Wells Fargo Center, and they are even looking into contesting his nomination.

He said their response “reflects anger and disappointment” over Clinton and like-minded Washington Democrats’ control over the party.

“We don’t know exactly what to expect” on the convention floor, Solomon also said.

The uncertainty and rancor on several fronts puts the Democrats in a similar position as the Republicans when they entered their convention a week ago looking to soothe tensions between their presidential nominee and those who backed his primary rivals.

Only the clashes on the Democratic side have already outmatched last week’s fireworks in Cleveland, with Wasserman Schultz’ resignation standing as a stunning development on convention eve.

The political spectacle already has distracted from the historic convention where Clinton is set to become the first female presidential nominee of a major party.

While Wasserman Schultz has been largely sidelined from the convention -- though she will open and close it -- Sanders is set to speak Monday. In a written statement, he praised the DNC chairwoman for stepping down.

“Debbie Wasserman Schultz has made the right decision for the future of the Democratic Party. While she deserves thanks for her years of service, the party now needs new leadership that will open the doors of the party and welcome in working people and young people. The party leadership must also always remain impartial in the presidential nominating process, something which did not occur in the 2016 race,” he said.

“He isn't going to be president,” she wrote in one May 21 email, also saying that Sanders vowing at the time to replace her as chairwoman was a “silly story.”

Clinton chief strategist Joel Benenson, on "Fox News Sunday," defended the fairness of the primary elections and said the DNC would conduct a full review of the emails. He said people should not jump to conclusions.

"The DNC’s impact in these things is minimal compared to the results. What candidates and campaigns spend and do on the ground, talking to voters day in and day out, that’s what determines who wins,” he said.

Solomon suggested Sunday that the Sanders delegates’ frustration goes beyond the Kaine pick to include convention rules, climate change and the party platform, which they think fails to include enough of Sanders’ hard-fought progressive agenda.

On Sunday in Philadelphia, several large protests took place near City Hall, in nearly 100-degree temperatures and under the watchful eye of city police officers.

“A lot of Democratic supporters labeled Bernie Sanders supporters conspiracy theorists. The WikiLeaks confirms what we thought all along,” said Perry Mitchell, a 32-year-old Maryland who came to Philadelphia to participate in protests.

Most of the protests focus on concerns about clean energy.

“You see both parties are controlled by the oil and gas industry; those are the big donors,” said Wendy Brawer a protester from New York City. “But in a movement, you still have to do something to create change. Changing your lifestyle means you’re part of the solution. People have to use less.”