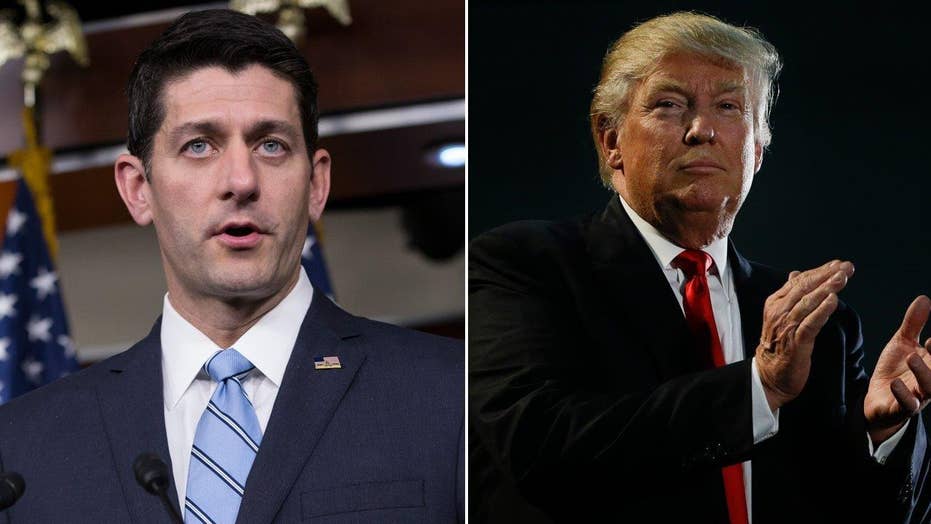 Some pairings just go together: Peanut butter and jelly. Abbott and Costello. Minneapolis and St. Paul.

And then there are those incongruous combinations that manage to work -- but there’s a lot of tension.

Reggie Jackson and Billy Martin scrapped in the Yankees dugout during an epic 1977 bout. Yet the two forged a truce as Jackson propelled the Yankees to the championship, smacking three home runs in Game 6 of the World Series.

Ageless tunes like “The Sound of Silence,” “Mrs. Robinson” and “Bridge Over Troubled Water” spilled from the voices of balladeers Paul Simon and Art Garfunkel in the counterculture 1960s. But outside of the studio, Simon and Garfunkel are a virulent mix.

Batman and Superman may have been on the same side of the law for decades -- even appearing as the preeminent superhero members of the Justice League of America. But the Caped Crusader and Man of Steel viewed each other as mortal enemies in the recent film “Batman vs Superman: Dawn of Justice.”

It’s unclear who might be Batman and who is Superman when it comes to House Speaker Paul Ryan, R-Wis., and Donald Trump. But whether they retreat to the Batcave or the Fortress of Solitude, Ryan and Trump are now paired since the speaker formally announced his support Thursday for the presumptive presidential nominee.

Ryan’s endorsement comes after he declared a month ago he wasn’t quite ready to stand foursquare behind Trump. That’s to say nothing of many Republican House and Senate members who view an alliance with Trump as a marriage of convenience.

After all, dozens of congressional Republicans supported and campaigned on behalf of everyone from former Florida Gov. Jeb Bush to Texas Sen. Ted Cruz over the past couple of years. Only a handful of lawmakers formally boarded the Trump cavalcade until this spring.

This brings us to a key condition of Ryan’s support for Trump:

“It’s very important that we don’t fake unifying, we don’t pretend unification, that we truly and actually unify so that we are full strength in the fall. I don’t want us to have a fake unification process here,” said Ryan in mid-May. “I want to make sure that we really, truly understand each other and that we are committed to the conservative principles that make the Republican party that built this country.”

Yet it’s hard for many Republicans -- even if they publicly support Trump -- to privately accept the concept that there is anything short of an ersatz accord in the ranks with the GOP standard-bearer.

For nearly two decades, Ryan has preached of core Republican principles -- propounded by everyone from Ronald Reagan, Jack Kemp, Robert Taft and even Ayn Rand. Yet truly divining many of Trump’s policy positions is an itinerant quest at best. That’s where the question of “pretend unification” comes in.

Sure. Trump has a bench of ardent supporters on Capitol Hill. But among most congressional Republicans, support for Trump is token at best.

Start with Trump’s chatter about walls and Muslim bans and suing the press. Certainly Ryan and Republicans will have to fend off questions about those positions (even though the speaker directly denounced Trump’s rhetoric on two occasions).

Democrats are already knee-deep in latching Trump and Ryan to Republicans who could face competitive races this fall.

“House Republicans will be inseparably tied to their toxic frontrunner in November,” crowed Meredith Kelly of the Democratic Congressional Campaign Committee, the political organization devoted to electing Democrats to the House.

Adam Jentleson, a top aide to Senate Minority Leader Harry Reid, D-Nevada, blasted out a statement, accompanied by a picture of a man waving a white flag.

Those criticisms are layups for Democrats.

Ruth Guerra, who was in charge of media outreach to Hispanics for the Republican National Committee, just resigned. Fox is told Guerra’s departure is directly linked to Trump’s comments about minorities.

It’s unclear whether Ryan or other prominent Republicans -- who are now supporting Trump -- will tire of taking him to task at his next opprobrious outburst.

Well, it didn’t take long. Trump continues to browbeat U.S. District Judge Gonzalo Curiel who is overseeing the lawsuits filed against Trump University. Trump argues that Curiel is biased because of his Mexican heritage. Curiel was born in Indiana to Mexican parents. Trump’s hectoring of Curiel forced Ryan to address the issue late this week on WISN-AM in Milwaukee.

“The comment about the judge the other day was out of left field for my mind,” Ryan said. “It’s reasoning I don’t relate to. I completely disagree with the thinking behind that. And so, he clearly says and does things I don’t agree with,” said Ryan. “I’ve had to speak up on time to time when that has occurred and I’ll continue to do that if that’s necessary. I hope it’s not.”

This is why deeper concerns boil just below the surface among Republicans. And it’s not just about language.

Members of that group railed against what they see as President Obama’s abuse of power through executive orders -- on everything from immigration to firearms to transgender school restrooms. Meanwhile, Trump is clear he intends to use executive power to get his way.

Rep. Mick Mulvaney, R-S.C., says it doesn’t matter who’s in the White House when it comes to the Freedom Caucus.

“To the extent that there is a Republican president who tries to overreach his executive privilege, we will push back against it,” Mulvaney said.

North Carolina GOP Rep. Mark Meadows said: “We’ve allowed the executive branch to become a super branch of government and it needs to come back into proper balance. We would have the same concern (about executive power) whether it was someone else who was the presumptive nominee.”

Rep. Justin Amash, R-Mich., is one Republican who will never back Trump.

“I’ve watched ‘The Apprentice’ for many years. He views himself as the dealmaker. The person in charge. And no one is going to get in his way.”

“He is not going to be able to change the Republican Party,” argued McConnell about Trump during a recent appearance on Fox News.

“We know what we believe in. We have some differences with him. But I think he would have to adapt to sort of where the right of center world is. We do have some differences. But he brags about being transactional and being a dealmaker and all the rest. That’s part of what makes things work in Congress.”

Some of that remains to be seen. But it’s enough for many Republicans to at least tacitly support Trump -- if for no other reason that he’s not Hillary Clinton, the Democratic presidential front-runner.

How well do they go together? As well as macaroni and cheese? Fred Astaire and Ginger Rogers? Stars and stripes?

Or are these tenuous combos? Sometimes tension excels in relationships, be it in Yankees’ pinstripes with Reggie Jackson and Billy Martin or the musical genius of Simon and Garfunkel.

And sometimes the pairings just don’t work at all. There’s a reason why oil and water don’t mix.