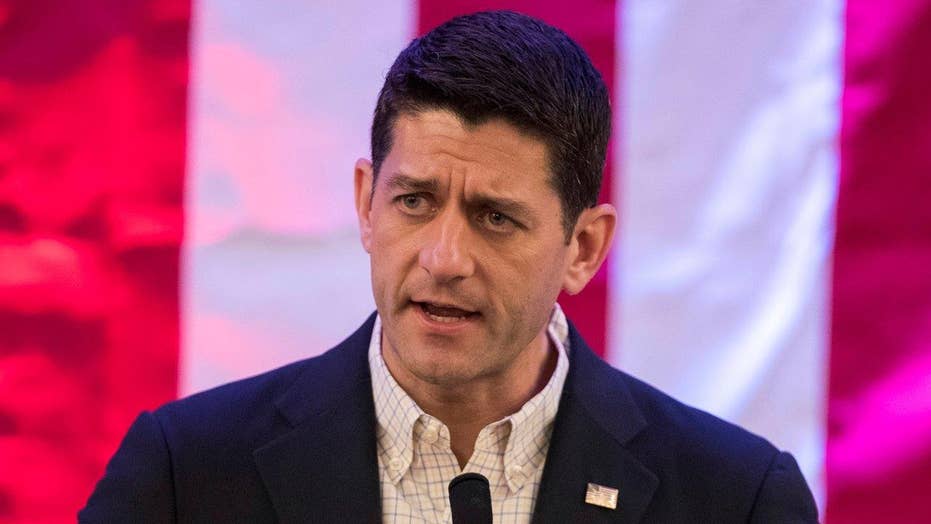 You could almost imagine them skulking around the shadows of the U.S. Capitol the past few days.

They carried stethoscopes. They dressed head-to-toe in stage black and donned domino masks that looked like something borrowed from the Riddler.

Lawmakers had a congressional safe to crack. They had to figure out how to fund the government by Friday night to avoid a government shutdown, approve money for the Zika crisis, address the toxic-water catastrophe in Flint, Mich., and simultaneously help flood victims in Louisiana.

It’s not clear if the safe in question read Hamilton, SentrySafe or Honeywell. But the vault was fortified with diamond hardplate locks, devices to relock the bolts and anti-pry doors.

This wouldn’t be easy.

Safecrackers sometimes use a stethoscope or other audio amplification devices to listen for the click of tumblers falling into place as they determine the combination to open a safe. It was all a matter of just figuring out which digit fell where before lawmakers could solve their parliamentary puzzle.

As it turns out, aid to Flint was the crucial part to cracking this safe. Once lawmakers unlocked that issue, the tumblers aligned and they settled the host of issues.

Democrats threatened to withhold support for a stopgap spending bill to fund the government unless Republicans addressed Flint. That put House Speaker Paul Ryan, R-Wis., in a pickle. The speaker risked a government shutdown unless he could engineer enough votes to pass an interim bill to keep the lights burning through mid-December.

A chunk of House Republicans wouldn’t vote yea simply because they failed to secure any of the items in the bill important to conservatives.

The other option for Ryan was to latch Flint aid to the spending bill. That would court Democrats and avert the shutdown. But Ryan knew he couldn’t go there.

Former House Speaker John Boehner, R-Ohio, deployed that strategy on various occasions. Even conservatives chastised Boehner for bills that garnered a healthy mix of Democrats and Republicans -- but failed to address conservative priorities trumpeted by influential outside groups such as Heritage Action and the Club for Growth.

In some respects, cracking a safe and finding a political solution to a legislative problem is a lot like Goldilocks principle. None of the tumblers can be out of alignment at all. The lock won’t open. It’s not too hot. Not too cold. But just right.

Congress would fund the government, and Ryan wouldn’t have to face onerous, internal political consequences.

“What happened is what I was hoping and planning on happening all along,” said Ryan about the resolution. “I thought it was important to get Flint out of the continuing resolution debate and where it belongs in the water resources bill.

Pelosi knew she held the combination to the safe.

“There's no question the fact that they did not have the votes gave us leverage. But we were prepared,” Pelosi said. “The children of Flint could not be neglected any longer by this Congress.”

Contrast this to what Pelosi said the day before when asked about Flint and the stopgap bill.

“They could help themselves a lot by putting Flint in there,” she said. “They have problems on this bill unless they have the votes on their side.”

Perhaps, this was the only plausible outcome available.

Late Wednesday afternoon, the House OK’d the Flint amendment 284-141. On its face, that looks like a big bipartisan vote. It was. 101 Republicans and 183 Democrats voted “aye” to attach Kildee’s amendment to the water policy bill. All “noes” came from Republicans.

The GOP often mentions that it likes to secure a “majority of the majority” on issues. With 247 Republican House members, 101 yeas is a far cry from 50.1 percent of that majority.

But no matter. Pelosi and Democrats got what they wanted. Speaking generally, conservatives did not. Late Wednesday night, the House approved the interim spending bill funding the government through December 9 and avoiding a shutdown. The vote: 342-85.

There was overwhelming bipartisan support for the package from Democrats and Republicans. Republicans supplied 170 yeas. Democrats slightly outpaced their colleagues with 172 ayes.

And, the GOP secured a “majority of the majority.” But Republicans couldn’t have advanced the plan without Democrats -- to say nothing of solving the Flint puzzle.

So, some may ask why 11 months into his speakership does Ryan still need assistance from Democrats to approve spending bills? And how is this not different from the conundrum which weighted down his predecessor, John Boehner? Well, the speaker may have changed, but not the membership.

“I think people in our caucus understand the reality of the moment that this divided government presents us with,” Ryan said.

“My hope is that after the election, they'll drop their political shenanigans and we'll get on at doing the serious business of actually appropriating. If we don't, we'll do another” continuing resolution, Ryan said.

By their nature, continuing resolutions, or CR’s, fund the government at existing levels if lawmakers fail to craft a broader agreement.

This is what drives some Congressional conservatives up a wall.

First, they hoped the House would advance individual spending bills this year under Ryan’s stewardship.

The House adopted several. But that’s why they relied on a CR now, glomming everything together. Secondly, the House didn’t even manage to approve a budget, the first step in the annual spending process.

Conservatives hoped for a lower spending level for the bill. The total spending figure for this bill is $1.067 trillion. Conservatives advocated $1.040 trillion. Many members of the House Freedom Caucus aimed to tuck policy provisions into the legislation.

Those “riders” included a prohibition for Planned Parenthood-affiliated clinics to receive Zika aid. They also wanted to super-vet Syrian refugees coming to the U.S.

None of those elements made it into the final package.

“Establishment Republicans have once again partnered with Democrats to ignore our fiscal crisis, rather than join conservatives determined to restore fiscal sanity,” complained Rep. Raul Labrador, R-Idaho. “Our new Republican leadership vowed to complete the regular appropriations process, passing the 12 bills that fulfill the duty of Congress to take good care in spending taxpayer dollars. Today, they punted.”

This is why some members of the Freedom Caucus wonder
if things are really that different under the Ryan regime versus Boehner’s. Moreover, one House conservative told Fox they should have just let the government shut down last night.

“We won seats in 2014, didn’t we?” asked the Republican who asked to remain anonymous.

After the 16-day government shutdown in 2013, Republicans padded their House majority by winning 13 seats in the 2014 midterm elections.

That propelled the GOP to its biggest House majority since the late 1920s. Some conservatives simply don’t think going to the mat over a government shutdown is that bad a strategy.

After some haggling, Democrats and Republicans managed to pick the combination lock and avoid a shutdown this fall.

It’s likely there could be another safe that needs cracking just before Christmas. Perhaps the most-robust safe could arrive at the capitol next March as lawmakers wrestle with raising the debt ceiling.

The debt limit battle is always an ambitious enterprise. One wonders how skilled the safecrackers will have to be to crack the code on that challenge next year.