Tillerson: US not ready for Russian cyber mischief

Secretary of State speaks to Rich Edson for 'Special Report.'

EXCLUSIVE – Secretary of State Rex Tillerson on Tuesday warned the United States is ill-prepared to prevent Russian interference in the upcoming midterms, as it was in the 2016 general election.

“I don't know that I would say we are better prepared, because the Russians will adapt as well,” Tillerson said in an exclusive interview with Fox News in Bogota, Colombia. “The point is, if it's their intention to interfere, they are going to find ways to do that. We can take steps we can take but this is something that, once they decide they are going to do it, it's very difficult to preempt it.”

Russia is already attempting to interfere “in the U.S. in 2018” ahead of congressional midterm elections as it did in the 2016 general election, he said.

“I think it's important we just continue to say to Russia, ‘Look, you think we don't see what you're doing. We do see it and you need to stop. If you don't, you're going to just continue to invite consequences for yourself,’” said Tillerson.

The secretary also condemned the Russian government’s activities in Syria - supporting the Assad regime as it kills civilians with chemical and conventional weapons. 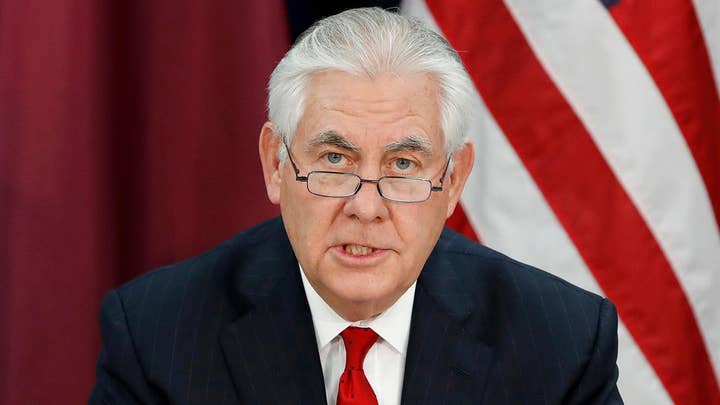 “They are supporting the Assad regime, they are providing the air cover for the regime. Russia is responsible, they agreed that they would take care of the chemical weapons in Syria, clearly they failed to do that,” said Tillerson. “Russia really needs to move to a different place on this, and they can deny it all they want to, but facts are facts and they need to go to another spot.”

As Vice President Mike Pence attends the opening of the Olympics this week in South Korea, the Trump administration refuses to rule out whether Pence will speak with North Korean officials there.  When asked whether the U.S. would initiate those conversations, Tillerson said, “the vice president's there and we'll just have to see what happens.”

The secretary, when asked, also had a message for those in the White House pushing for his departure: “I'm still here. Nothing has changed.”

When asked whether he believed members of the administration are still advocating that the president replace him, the secretary replied, “I have no idea.”