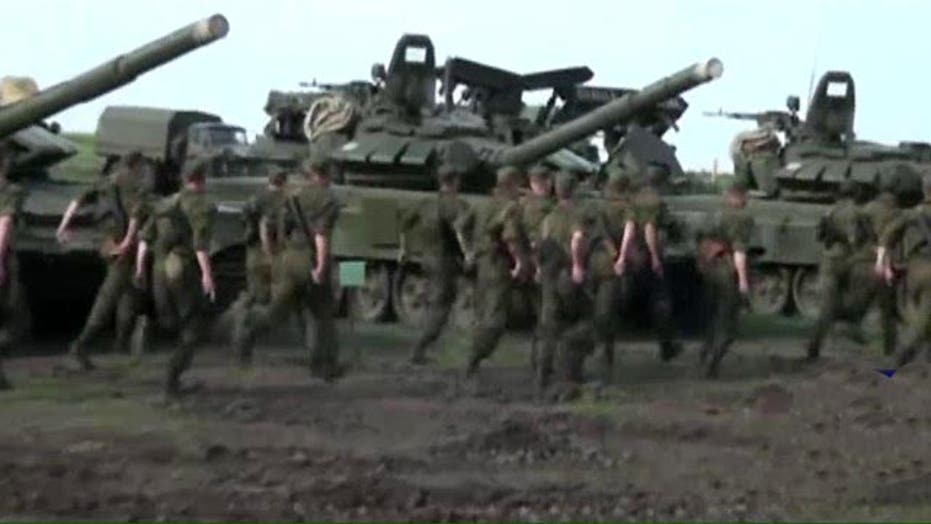 The growing rift between the United States and Russia over concerns that Moscow is employing its military to protect Syria's embattled president appeared to widen Friday when a Russian official called for military cooperation with Washington in order to avoid "unintended incidents."

The comments were made after Western intelligence sources told Fox News that Russia escalated its presence in the Middle East country days after a secret Moscow meeting in late July between Iran's Quds Force commander -- their chief exporter of terror -- and Russian President Vladimir Putin.

Officials who have monitored the build-up say they've seen more than 1,000 Russian combatants -- some of them from the same plainclothes Special Forces units who were sent to Crimea and Ukraine. Some of these Russian troops are logistical specialists and needed for security at the expanding Russian bases.

President Obama warned Russia on Friday against “doubling down” on sending support for Syrian President Bashar Assad, calling the pursuit a "mistake."

"But we are going to be engaging Russia to let them know that you can't continue to double-down on a strategy that is doomed to failure," Obama said at a Maryland event.

Russia denies allegations that it is helping to build Assad's military. Moscow claimed its increased military presence is part of an international effort to help defeat the Islamic State. Russian Foreign Minister Sergey Lavrov called on world powers to join Russia in that pursuit, arguing that Syria’s army is the most efficient force to fight extremists in the Middle East.

"You cannot defeat Islamic State with air strikes only," Lavrov said, a clear dig at the White House’s strategy. "It's necessary to cooperate with ground troops and the Syrian army is the most efficient and powerful ground force to fight the IS."

Reuters reported that Russia also called for military-to-military cooperation with the U.S. to avert "unintended incidents."

Moscow's recent support of Assad has dampened U.S. hopes that Moscow was tiring of the Syrian president. Syria has been gripped by civil war for more than four years, a conflict that has claimed more than 250,000 lives and created a vacuum for extremism to thrive.

U.S. officials have been gauging Russia’s willingness to help restart a political process to remove Assad from power.

Secretary of State John Kerry has lashed out at Russia’s presence in Syria, warning the recent buildup could lead to an escalation of the bloody conflict.

Despite the warnings from the U.S., Lavrov said Russia would continue to supply Assad with weapons that he said will help defeat Islamic State fighters.

"I can only say, once again, that our servicemen and military experts are there to service Russian military hardware, to assist the Syrian army in using this hardware," he said at a news conference in Moscow. "And we will continue to supply it to the Syrian government in order to ensure its proper combat readiness in its fight against terrorism."