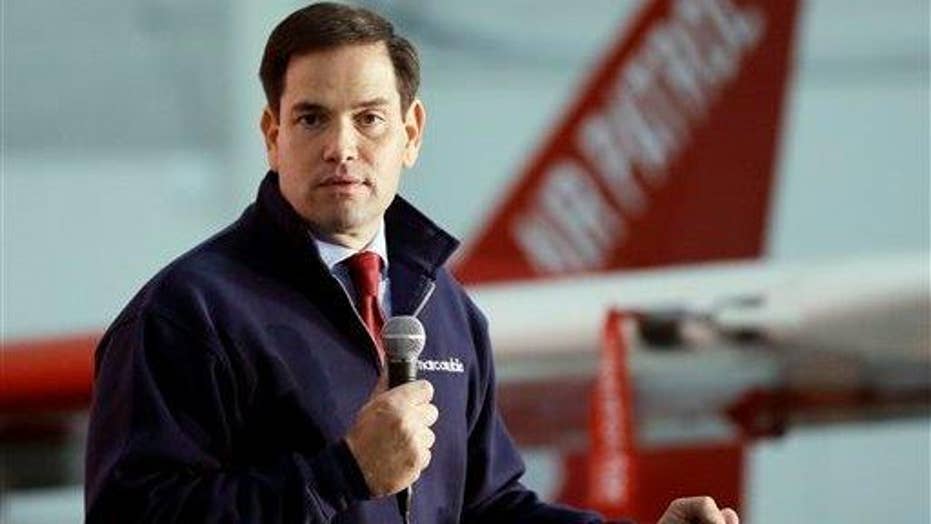 The Affordable Care Act promised participating insurance companies and cooperatives payments in the first three years if they lost too much money.  Thanks to a provision successfully pushed last year by Senator Marco Rubio, insurers are only getting about 13 cents for every dollar they say they are owed.

“Insurance companies are willing to be a part of the exchanges, only if the federal government promised them that when they lost money they would get bailed out; bailed out with taxpayer money,” said Rubio, in an interview with Fox News.  “We've taken that away.  We should not be bailing out private insurance companies who hire great lobbyists.”

ObamaCare includes risk corridors. They require some profitable insurance companies to pay into a pool to subsidize those with deep losses.  If the amount insurers need surpasses the total that profitable companies have paid in, the federal government makes up the difference. This year, that amount is about $2.5 billion.

Rubio’s provision bans that government payment.  Because of it, health insurers will only receive about 13 cents for every dollar ObamaCare promised them.

"There is a growing recognition about the instability facing consumers in the market,” said Clare Krusing, the press secretary for America's Health Insurance Plans, an insurance industry group, in a statement.  “Nearly 800,000 Americans have faced coverage disruptions as a result of the significant and unexpected shortfall with the risk corridors program.  Congress and the Administration must act to make sure consumers are protected."

Rubio supporters claim the senator’s provision is the most significant legislative setback for the Affordable Care Act since President Obama signed it into law in March 2010.  Some failing health-care cooperatives blamed Rubio’s provision for their insolvency.  Health insurance analysts said insurance companies will likely raise premiums as a result.

One analyst said Rubio’s measure has disrupted the insurance market, though these missed government payments are unlikely to force large, private insurance companies from the ObamaCare exchanges.

Supporters of the risk corridor payments point out the government used a similar scheme previously, during the administration of President George W. Bush, when administering the Medicare prescription drug benefit in its formative years.

“The whole idea of risk corridors was that insurance companies were diving into a new market. By definition, they were reaching for people who hadn’t had insurance before under different rules, and they were taking a risk,” said Alice Rivlin, a former vice chair of the Federal Reserve Board and budget official in the administration of President Bill Clinton.

“There’s always an exploration process in a new market. People have to learn, both the buyers and the sellers have to learn what’s possible.  The Rubio provision is simply undermining the process of learning. It’s destabilizing the market.”

Rubio is pushing the ban on these federal payments for next year as well.