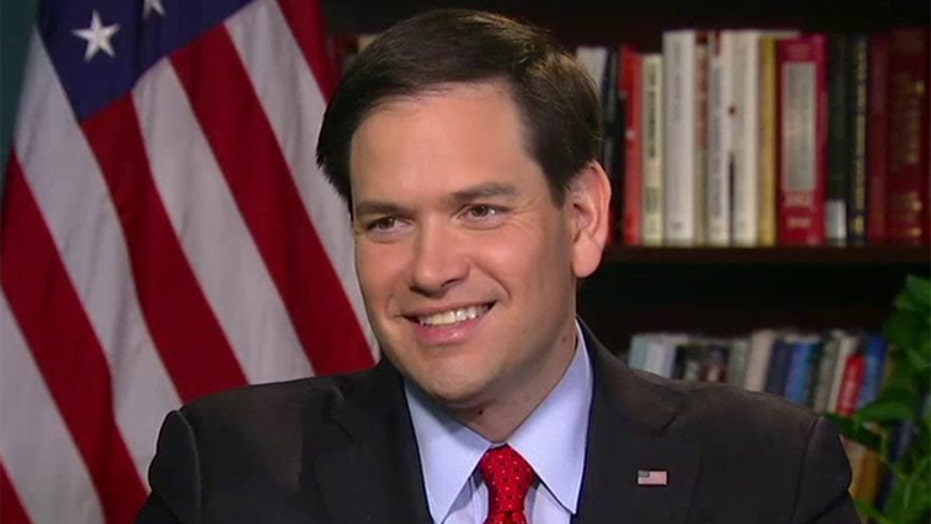 WASHINGTON – Sen. Marco Rubio, the freshman senator from Florida and White House hopeful, defended his tougher rhetoric on foreign policy and said Americans “have to recognize the balance of power in the world is shifting.”

Rubio said on “Fox News Sunday” that the “rise of rogue states like North Korea and Iran,” as well as non-state groups like the Islamic State, have shifted the priorities for the U.S.

“They are all different threats,” he said.

During the exclusive interview, Rubio also defended former President George W. Bush’s decision to invade Iraq based on the information known at the time.

In that Fox News interview, Bush said he would have, while acknowledging "mistakes."

That response touched off a wave of criticism, with both Republicans and Democrats saying there would have been no reason to go to war, without intelligence showing weapons of mass destruction.

Rubio’s appearance on “Fox News Sunday” comes during the same week he delivered a key foreign policy speech in New York, where he defended the use of military power and called on the U.S. to aggressively confront China, Russia and other nations he said threaten American economic interests.

“We simply cannot afford to elect as our next president one of the leading agents of this administration’s foreign policy – a leader from yesterday whose tenure as secretary of state was ineffective at best and dangerously negligent at worst,” he said during his speech to the Council on Foreign Relations in New York.

Rubio also answered criticism that he had gone soft on immigration reform.

“It’s not that we bailed, it’s that we don’t have the votes to pass it,” Rubio said. “In fact, we have less votes for comprehensive immigration reform today than we did two years ago when that passed.”

Rubio blamed the dip in interest on “the last election, because of unilateral actions the president took through executive order, because of a border crisis, because of minors.”

Though Rubio says immigration reform is needed, “the problem is, we can’t do it in one big piece of legislation. The votes aren’t there.”