Washington – Brazilian President Dilma Rousseff's embarrassing diplomatic rebuke has compounded an already troublesome stretch for the Obama administration both at home and abroad.

Rousseff announced Tuesday that she was putting off a state visit to the U.S. next month to protest an American spy program that has aggressively targeted her nation's government and private citizens alike.

Rousseff's decision deepened the global fallout for Obama from revelations about National Security Agency surveillance programs, which have also angered many Americans. The announcement also came amid criticism of Obama's public shifting over the threat of U.S. military action against Syria.

Some foreign policy analysts say such issues raise questions about Obama's standing around the world.

"The real issue becomes, How does this affect American influence in the world?" said Carl Meacham, director of the Americas program at the Center for Strategic and International Studies. "Is American influence knocked down a few notches as a result of this?" He called Rousseff's action "almost unheard of."

Rousseff said she wasn't outright canceling her trip but was postponing it. The White House portrayed the postponement as a joint decision reached between the two presidents and finalized in a Monday evening phone call.

"They both look forward to that visit, which will celebrate our broad relationship," White House spokesman Jay Carney said. "We're certainly acknowledging the concerns that these disclosures have generated in Brazil and other countries."

Throughout his summer travels abroad, Obama has been dogged by criticism of the government's spying programs. While the anger has been particularly intense in privacy-protective Europe, Rousseff was also incensed about revelations that the U.S. intercepted her communications with aides.

Classified documents leaked by former NSA systems analyst Edward Snowden also showed that the NSA hacked the computer network of Brazil's state-run oil company Petrobras and that the agency scooped up data on billions of emails and telephone calls flowing through Brazil, an important hub for trans-Atlantic fiber optic cables. The revelations added to longstanding suspicions in Brazil about the American government.

Domestic political concerns clearly factored into Rousseff's decision to postpone her trip to the U.S. She's facing a re-election fight next year that became more competitive after nationwide anti-government protests in June. She has since bounced back in polls, but she couldn't afford to look weak in the face of the U.S. spy program that angered many of her constituents.

Tim Ridout, a fellow at the Washington-based German Marshall Fund, said the Brazilian leader was also seeking to show strength on the world stage.

"I see this partly as a way for Brazil to exert its influence and say, 'We can stand up to the United States and serve as a counterbalance,'" Ridout said.

Questions about U.S. influence under Obama have also been raised during the debate over a chemical weapons attack in Syria. The president struggled to gain international support for a possible military strike against Syria, then was bailed out when Russia pitched a last-minute diplomatic option to resolve the crisis.

Obama's advisers dispute the notion that the Syria debate signals a decline in American influence, saying Russia's plan to strip Syria of its chemical weapons stockpiles only emerged because of the threat of U.S. military action.

Earlier this month, it was Obama who canceled a trip — to Moscow because of Russia's role in the NSA matter. Russia granted temporary asylum to Snowden, the NSA leaker, despite White House pleas that he be returned to the U.S. to face espionage charges.

Rousseff's visit to the U.S. was announced back in May, just weeks before the NSA programs were made public. The White House, which has been seeking to deepen ties with the economically booming Brazil, planned to honor her with a state visit full of pomp and circumstance.

Rousseff would have been the first Brazilian leader to be honored with a state visit to the U.S. since 1995.

The Brazilian president had been threatening for weeks to cancel her trip to Washington. The White House invested significant effort in getting her to change her mind. Obama talked with Rousseff at length on the sidelines of the Group of 20 summit in St. Petersburg, Russia, earlier this month and national security adviser Susan Rice tried to mitigate the damage during talks with Brazilian Foreign Minister Luiz Alberto Figueiredo.

Following her meeting with Obama at the G-20, Rousseff said Obama promised her answers about the programs and told her he didn't want her to cancel her trip. Still, she asserted that spying on a friendly country is incompatible with democratic alliances. 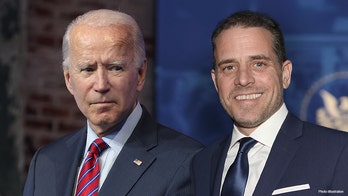 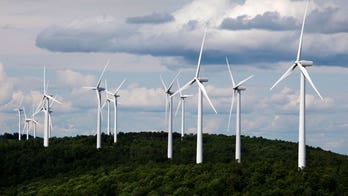 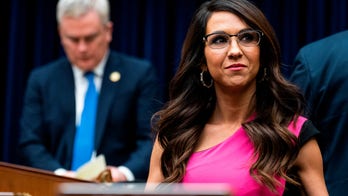