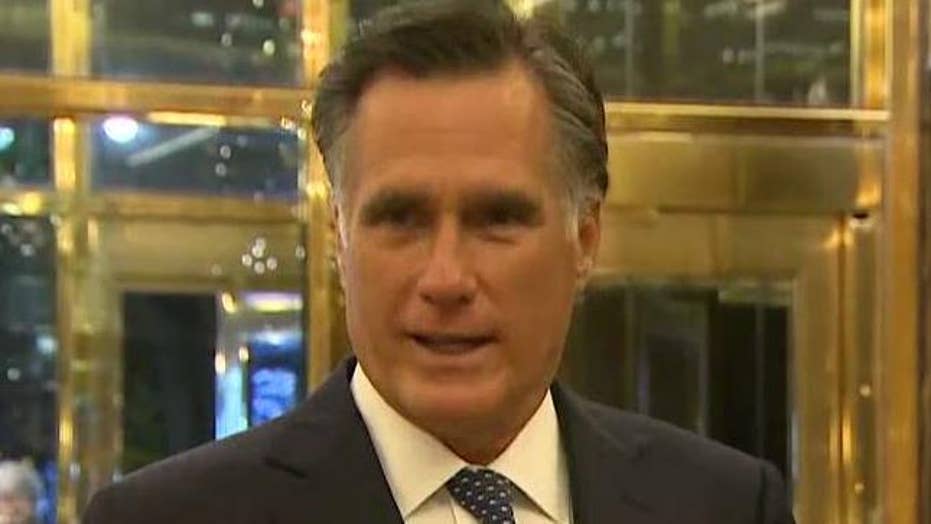 Former Massachusetts Gov. Mitt Romney said Tuesday that he had "increasing hope" that President-elect Donald Trump would lead America to a "better future" after the two met for dinner in Manhattan.

Romney, who is rumored to be on the shortlist for the secretary of state position in Trump's cabinet, praised the real estate mogul for his victory in this month's presidential election, a feat Romney failed to accomplish as the GOP nominee in 2012.

"He won the general election," Romney told reporters following the meal, which was also attended by Trump's incoming chief of staff, Reince Priebus. "And he continues with a message of inclusion and bringing people together and his vision is something which obviously connected with the American people in a very powerful way."

The statement was a marked contrast in tone for Romney, who viruently opposed Trump's candidacy during the Republican primaries and called him a "phony" and a "fraud" who was "playing ... the American people for suckers." In a March speech, Romney also rebuked Trump for what he called "bullying" and "misogyny."

The dinner was Romney's second meeting with Trump to discuss the secretary of state job. The president-elect also met with Sen. Bob Corker, R-Tenn., chairman of the Senate Foreign Relations Committee, having met with former CIA director David Petraeus the day before.

After his meeting, Corker told reporters, "The world needs to know that the secretary of state is someone who speaks fully for the president," a possible jab at Romney.