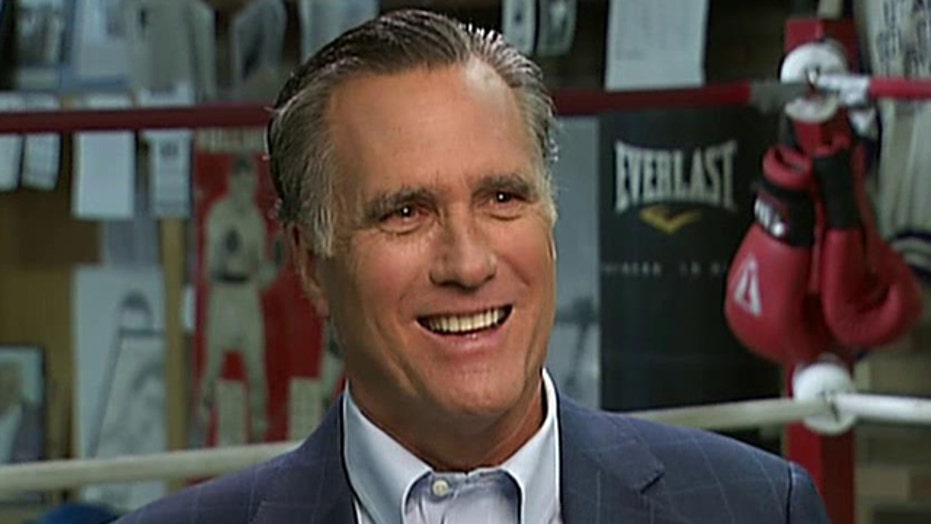 Politicians know how to take a few punches, but Mitt Romney is really putting that to the test.

The former presidential candidate is training in preparation to take on former world boxing champion Evander Holyfield this Friday, in a charity match projected to raise $1 million for a Utah-based nonprofit.

The two will square off to raise money for CharityVision, an organization that helps provide blindness-curing surgeries in poverty-stricken areas around the world.

It might not be the "Fight of the Century," but Romney has been training hard -- and hopes to land at least a few punches in the ring.

"His trainer said, 'You can throw anything you want, Mitt, because there's no way you're going to get through. He's so fast, he will be able to brush aside anything you throw,'" Romney told Fox News' Brian Kilmeade. "And so, I'll try and at least touch the guy, but I'm hoping that he will be gentle with me."

Tickets for the fight are running up to $150,000, with 100 percent of the proceeds going toward medical equipment, clinics, and vision screenings. The organization estimates the fight will help fund 40,000 surgeries.