President Trump's personal lawyer speaks out on 'Hannity' about the Russia investigation and the Trump team's strategy of speaking directly to the American people.

Calling the investigation a "long nightmare with the American people," Giuliani also issued a challenge directly to Mueller's team, telling investigators to "man up" rather than seek to subpoena President Trump.

"They have to make a decision without it," Giuliani said on ABC's "This Week," noting that the Trump team has already made available several witnesses and turned over more than a million documents. "So, come on, man up and make your decision."

"They will take it to court, and I believe the court’s going to be on the president’s side on this,” Lewandowski said Sunday.

Giuliani said he would keep an "open mind" about whether Trump would testify under oath in the probe, but added: "I have to just be honest, we are leaning towards not."

Mueller is wary of overstepping his authority just months before the midterm elections, Giuliani said.

"He's as sensitive as everybody to not doing another Comey and interfering horribly in the election," Giuliani charged, referring to the former FBI director's decision to publicly announce the reopening of the Hillary Clinton email investigation shortly before voters headed to the polls.

"I have a feeling that collusion has come up completely empty," Giuliani said, adding that he thinks the inquiry into any possible collusion by the Trump campaign with Russia has probably ended.

Asked about the possibility that Trump could be impeached simply for lying to the press, even while not under oath, Giuliani laughed.

Presidents can technically be impeached for essentially any reason, and the articles of impeachment drafted against Richard Nixon cited his misleading statements to the American public.

But, Giuliani said, Trump would face potentially significant risks if he fired Mueller and shut down the probe into his campaign's supposed ties to Russia.

"It could lead to impeachment, if he terminated an investigation of himself," Giuliani said in a separate interview on NBC's "Meet the Press." 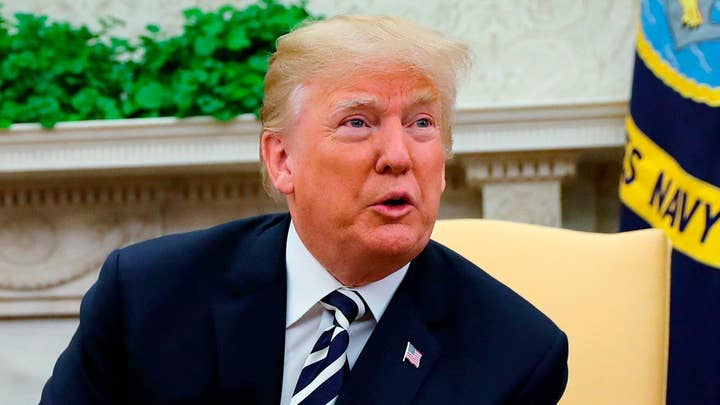 The theory that Trump could also effectively short-circuit the Russia probe by issuing an unprecedented self-pardon, Giuliani added, was a complete non-starter.

"The president of the United States pardoning himself is unthinkable ... it would probably lead to immediate impeachment," he said.

Former New Jersey Gov. Chris Christie agreed on Sunday, telling "This Week" that there is "no way" Trump will pardon himself.

The Russia probe is still expected to conclude by September 1, Giuliani said.