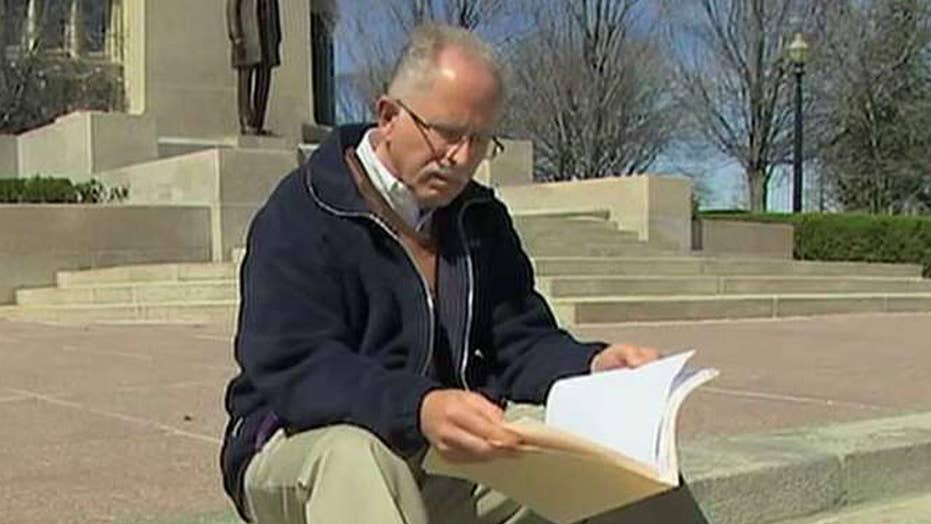 Matt Finn has the latest

A landmark right-to-work lawsuit playing out in Illinois has captured widespread attention amid expectations the case could land before the Supreme Court – and potentially have national implications for an estimated 20 million government workers.

Pat Hughes, who’s representing the three plaintiffs in the Illinois case, predicted a ruling in their favor could even establish right-to-work policies coast-to-coast.

"This decision would ostensibly make all of the country right-to-work because you couldn't force people to affiliate with a union,” Hughes said.

Right-to-work laws make it illegal for unions to force workers into paying dues. Because Illinois is not a right-to-work state, it remains legal there for unions to automatically take out a ‘fair-share’ fee from a worker’s paycheck, which typically happens when a union represents the majority of employees. Unions argue they negotiate a better wage, health care and working environment for all employees so the fair-share fee is a small price to ask.

“Some fee to cover those representational costs is imminently reasonable and rational,” said labor expert Dr. Robert Bruno of the University of Illinois at Urbana-Champaign.

The fair-share fees amount to millions of dollars that unions use toward collective bargaining -- but also the political candidates and agenda any given union supports.

Mark Janus, one of the three state employees fighting unions in the lawsuit, said they’re outraged they have to pay the fee to groups they chose not to join.

"This is not a choice. This is mandated. I have to do this. And I don't agree with it,” Janus said.

"They're forced, literally forced, to pay these dues. The money never gets to them,” Hughes said.

Hughes and the plaintiffs are fighting to make Illinois a right-to-work state, and their lawsuit is headed to the 7th Circuit Court of Appeals in Chicago, where Hughes says the court might rule in favor of the unions based on a previous precedent. That case, Abood v. Detroit Board of Education, in 1977 established it’s legal for unions to collect fees and split the money between items that are either “political” or “not political.”

The argument in this lawsuit, however, is that all union cash eventually is used for a political purpose.

If Janus and the plaintiffs lose the appeal, their lawyers plan to take the case to the Supreme Court where President Trump’s recent nominee, Judge Neil Gorsuch, if confirmed would be expected to restore the 5-4 split between conservatives and liberals—which could increase the chances of ruling in favor of Janus.

But pro-union politicians and many workers argue right-to-work laws amount to a special interest cause pushed by wealthy execs and conservatives trying to make it difficult for workers to band together.

“Working people like me are frustrated by an economy and politicians that have left us behind, and this case threatens to make it even worse,” said Stephen Mittons, in a written statement provided by the American Federation of State, County and Municipal Employees. “This case threatens to weaken our ability to have a voice on the job and serve our communities.”