Senior congressional correspondent Chad Pergram reports from Capitol Hill on "Your World" regarding how Republicans are looking to decide leadership positions within the Senate and House.

Senate Minority Leader Mitch McConnell and Sen. Rick Scott are set to face off Wednesday over who will be the party's leader in the Senate – in a battle that could significantly shape the party's direction heading into 2024.

Scott, R-Fla., announced his run Tuesday in a marathon three-hour conference meeting, which senators said included significant airing of frustrations after a weak midterm showing from Senate Republicans. Scott pitched himself as the candidate of change – including taking a more aggressive policy agenda to voters.

"I’m writing to you today because I believe it’s time for the Senate Republican Conference to be far more bold and resolute than we have been in the past. We must start saying what we are for, not just what we are against," Scott said in a letter to GOP colleagues Tuesday. "I do not believe we can simply continue to say the Democrats are radical, which they are. Republican voters expect and deserve to know our plan to promote and advance conservative values."

He added, "If you simply want to stick with the status quo, don’t vote for me."

McConnell, meanwhile, assured reporters Tuesday night that he isn't concerned about a challenge from Scott. He also acknowledged calls from several senators to delay the leadership elections, scheduled for Wednesday morning.

"I have the votes. I will be elected," McConnell said. "The only issue is whether we do it sooner or later. And we'll probably have another discussion about that."

Scott's bid comes after he and several other senators publicly called for a delay in leadership elections in the wake of the midterms. Some argued that there needs to be a serious re-evaluation of party leadership after the midterms, while others cited the undecided Georgia runoff between Sen. Raphael Warnock, D-Ga., and Republican Herschel Walker.

Sen. Ted Cruz, R-Texas, said Tuesday he'll offer a motion in the Wednesday meeting to delay the election. It would need a majority of the conference to pass.

Sens. Lindsey Graham, R-S.C., and Mike Braun, R-Ind., who both back delaying the election, said many senators weighed in during the tense Tuesday meeting.

"A lot of frustration, lots of discussion," Graham said as he left the meeting.

"I've got a disposition that doesn't inherently get that way. A few that might normally get that way might have gotten that way, but it's a good discussion," Braun said.

Braun added that approximately 20 people spoke in the meeting, and more than half of those pressed for "something different."

Sen. Josh Hawley, R-Mo., another senator who supports delaying the elections, said McConnell and Scott debated in front of the room after Scott announced his run for leader.

"Mitch replied to that, and they went back and forth, and it was good," Hawley said. "It was candid."

"We're still going to vote tomorrow. I think it's important to get these leadership elections behind us, so we can focus on being unified and winning the runoff," Cornyn said. "I think he will [stay on].… He's willing to suffer the slings and arrows."

Others pushed back against Scott's run, citing his disappointing election results while he ran the National Republican Senatorial Committee.

"Every Republican was attacked for his plan to cut Social Security and Medicare," GOP strategist and former McConnell staffer John Ashbrook said in a tweet. "Now he's doubling down. Nobody loves this more than Democrats."

McConnell also has significant cushion because Senate GOP leadership elections require support from only a simple majority of the conference. This is in contrast to Minority Leader Kevin McCarthy, R-Calif., who can only lose a handful of GOP votes and still become House speaker, as that post requires a majority of the full chamber.

Even allies of Scott aren't going out on a limb to predict victory. Sen. Ron Johnson. R-Wis., who said he will be nominating Scott, when asked if Scott could beat McConnell, replied that he perhaps could, "if it was delayed – when he could actually talk to his colleagues." 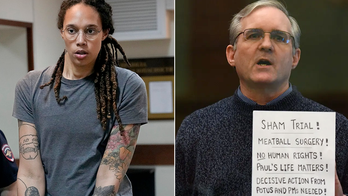 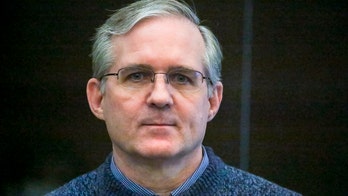