The statue of Confederate Gen. Robert E. Lee that stands in the middle of a traffic circle on Monument Avenue in Richmond, Va. (AP Photo/Steve Helber)

The mayor of Richmond, Virginia on Wednesday said he wants to see the removal of Confederate statues on the city’s famous avenue of monuments.

FILE- In this June 22, 2017, file photo Richmond Mayor Levar Stoney gestures during a news conference at City Hall in Richmond, Va. In the wake of a violent white nationalist rally in Charlottesville, Stoney says his city should consider removing or relocating its Confederate statues. Stoney's announcement Wednesday is a reversal from a position he took earlier this year. In June, he said he thought the monuments should stay but have context added about what they represent and why they were built. (AP Photo/Steve Helber, File) (AP)

“I wish they had never been built,” Democratic Mayor Levar Stoney said in a statement.

He added, “These monuments should be part of our dark past and not of our bright future. I personally believe they are offensive and need to be removed.”

During the Civil War, Richmond served as the capital of the Confederacy. 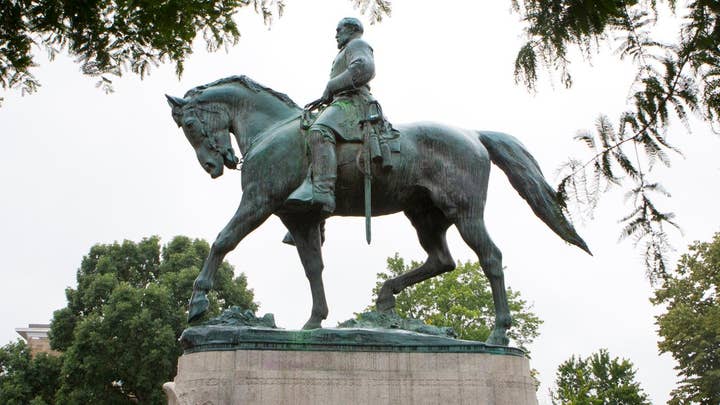 Stoney said Thursday he is asking the Monument Avenue Commission to examine the “the removal and/or relocation of some or all of the Confederate statues.”

“Let me be clear: we will not tolerate allowing these statues and their history to be used as a pretext for hate and violence, or to allow our city to be threatened by white supremacists and neo-Nazi thugs,” he said. “We will protect our city and keep our residents safe.”

Cities and states have accelerated their plans to remove Confederate monuments from public property as the violence over a Robert E. Lee statue in Charlottesville, Virginia, moved leaders across the country to plan to wipe away much of the remaining Old South imagery.