Reps. Cedric Richmond, D-La., and Matt Gaetz, R-Fla., got into a fiery back-and-forth when the House Judiciary Committee met on Wednesday to markup the police reform bill.

The dust-up between the two lawmakers started when Richmond said he was “angry as hell” at his Republican colleagues who “keep introducing amendments that are a tangent and a distraction” and asking them to not “make a mockery of the pain that exists in my community.”

“I am absolutely sitting here offended and angry as hell, and I want to explain to what we always say is how we refer to each other, my good friends on the other side. By the time I'm finished, you will be clear that we are not good friends,” Richmond, who is African-American, said.

He added: “As a black male who went to a fifth best public high school in the country. Who was a victim of excessive force, who has a black son, who has worries that you all don't. To my colleagues, especially the ones that keep introducing amendments that are a tangent and a distraction from what we're talking about, you all are white males. You never lived in my shoes. And you do not know what it's like to be an African-American male. And all I'm saying is, if you are opposed to this legislation, let's just have the vote, but please do not come in this committee room and make a mockery of the pain that exists in my community.”

As Richmond was talking, Gaetz requested for him to yield his time so the Florida lawmaker could ask a question.

“I appreciate your passion,” Gaetz said. “Are you suggesting that you're certain that none of us have non-white children? Because you reflect on your black son and said none of us…” 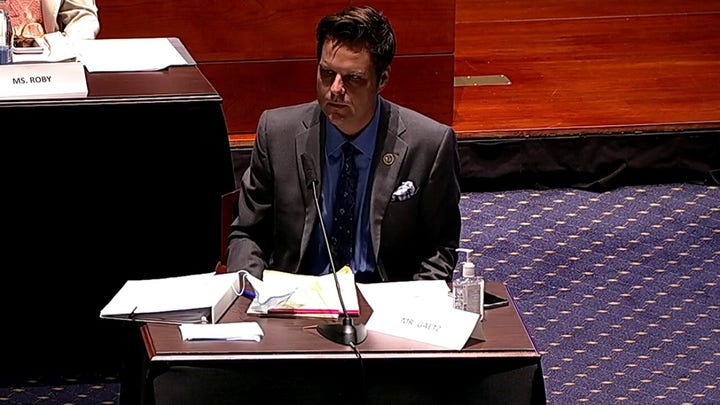 Richmond shot back: "Matt, Matt, stop. I'm not about to get sidetracked about the color of our children.”

The Democrat continued: "I already know that there are people on the other side that have black grandchildren. It is not about the color of your kids. It is about black males, black people in the streets that are getting killed.”

The two lawmakers continued to talk over one another with Gaetz questioning if Richmond knew the color of every lawmaker's children and suggesting that the Louisiana Democrat believes he is more concerned about his family than Republicans are about theirs. 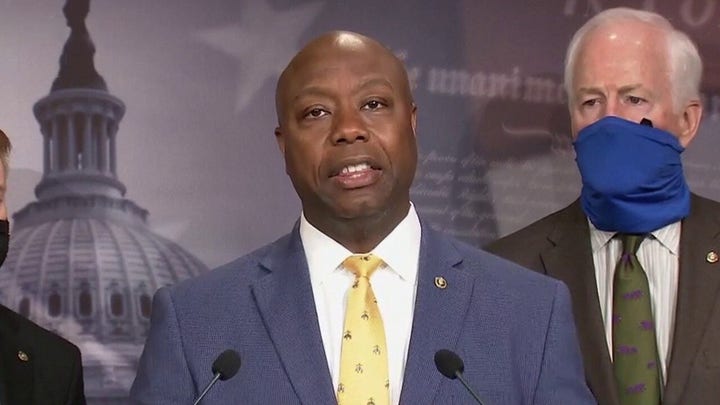 “You're claiming you're more concerned for my family than I do. Who in the hell do you think you are?" Gaetz said. “That is outrageous. You should take those words down. I know you care about your family and love your family, so do we dammit!”

The exchange between Richmond and Gaetz added even more fire to an already tense session of the committee as it tries to prepare the police reform bill for a vote before the House. The Republican-controlled Senate on Wednesday introduced its own – less far-reaching – police reform bill.