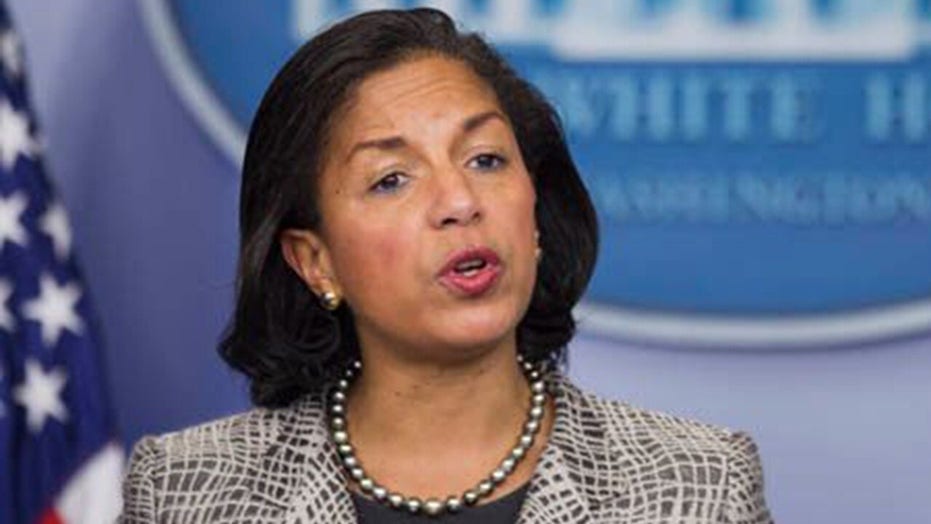 On Jan. 20, 2017, the day of President Trump’s inauguration, Rice penned a memo to herself documenting a Jan. 5 meeting with Obama and others, during which he provided guidance on how law enforcement should address Russian interference in the 2016 presidential race. Parts of the email had been released previously, but the full unredacted email was declassified and made public this week.

COMEY MUM ON EMAIL SUGGESTING MOVE TO FREEZE OUT FLYNN, AS RICE SAYS SHE IGNORED ADVICE

“Given the importance and sensitivity of the subject matter, and upon the advice of the White House Counsel’s Office, Ambassador Rice created a permanent record of the discussion,” Rice’s attorney Kathryn Ruemmler wrote to the senators in 2018. “Ambassador Rice memorialized the discussion on January 20, because that was the first opportunity she had to do so, given the particularly intense responsibilities of the National Security Advisor during the remaining days of the administration and transition.”

That section says Comey suggested to Obama that the National Security Council [NSC] might not want to pass “sensitive information related to Russia” to incoming national security adviser Flynn.

The email pointed to what were apparently widespread concerns about Flynn's Russia contacts. Multiple sources confirmed to Fox News that what initially put Flynn on the radar was the number of interactions he had with senior Russian government officials in 2016, as laid out in various intelligence reports viewed by Obama White House officials.

According to the email, Obama brought up that consideration, saying "he wants to be sure that, as we engage with the incoming team, we are mindful to ascertain if there is any reason that we cannot share information fully as it relates to Russia.”

Comey affirmed to Obama he was proceeding "by the book," according to the note, and went on to discuss concerns about Flynn's known conversations with Russia's ambassador at the time — conversations that would play a role later in the criminal case against Flynn.

Rice wrote: "From a national security perspective, Comey said he does have some concerns that incoming NSA Flynn is speaking frequently with Russian Ambassador [Sergey] Kislyak. Comey said that could be an issue as it relates to sharing sensitive information. President Obama asked if Comey was saying that the NSC should not pass sensitive information related to Russia to Flynn.”

Rice then wrote, "Comey replied, 'potentially.' He added that he has no indication thus far that Flynn has passed classified information to Kislyak, but he noted that 'the level of communication is unusual.’”

But on Tuesday, Pelton indicated that despite Comey’s suggestion, others in the Obama administration did not necessarily proceed that way. She said Rice, for one, did not change the way she dealt with her successor.

“The email makes clear that the Obama Administration did not change the way it briefed Michael Flynn—but rather that President Obama asked Director Comey ‘to inform him if anything changes in the next few weeks that should affect how we share classified information with the incoming team,’” Rice's spokeswoman said in a statement.